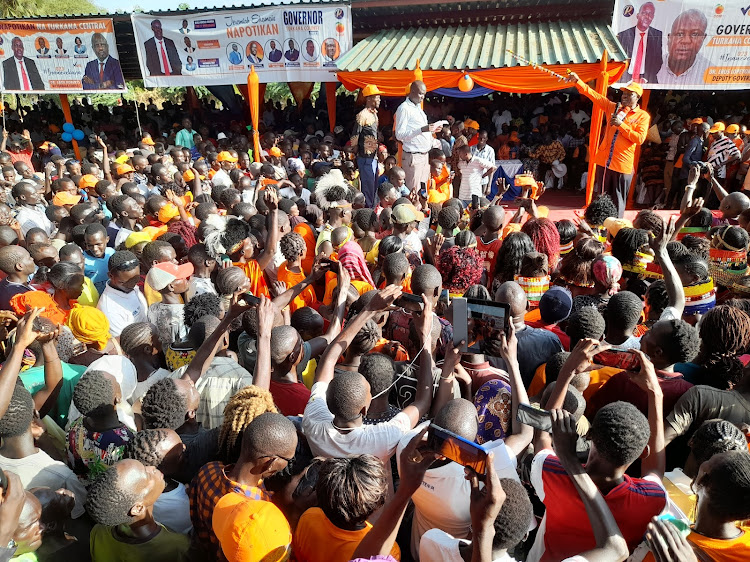 MP Jeremiah Lomurkai has been cleared to vie for Turkana governor on an ODM ticket.

Lomurkai is seeking to succeed Governor Josphat Nanok whom he replaced as the ODM vice chairman.

Last week, the IEBC declined to clear MP Lomurkai because of questions over his degree certificate.

The IEBC said the aspirant had a case pending in court concerning his degree certificate and was yet to be determined.

On Monday, Lomurkai got approval to contest after the IEBC Dispute Resolution Tribunal gave him 48 hours to submit his papers to IEBC.

Turkana county returning officer Amos Obonyo said they have cleared the candidate whom they earlier had not cleared because of a legal question about his degree certificate.

“We got instruction from the court, an order to go ahead and clear the candidate, therefore Jeremiah Lomurkai will vie as ODM candidate for Turkana governor," he said.

Lomurkai thanked the IEBC and said efforts to bar him were a political witch-hunt.

“If not for Raila Odinga with his lawyers and ODM leaders, I wouldn’t be vying for the seat in Turkana. I have many enemies in Turkana who are leaders,” he said.

“When some saw my name listed by the IEBC, they started making calls that I should be arrested and barred from contesting the governorship,” he said told residents at Moi Gardens, Lodwar.

Lomurkai said he will use billions from the Treasury to address insecurity, food insecurity, water scarcity, hunger and starvation if elected governor.

“If you elect me governor, I would not be rich. I will ensure there’s peace along the borders of Turkana. I will make sure hunger-stricken families get food in remote regions such as Kapedo, Kainuk, Kibish, Urum and Lorogon,"he said.

He promised the tender procurement system will be devolved to ward level.

After serving two terms, Nanok endorsed MP John Lodepe to succeed him on the UDA ticket.

Nanok, who is the director of Deputy President William Ruto's campaign team, was removed as ODM vice chairman for his pro-Ruto position.

Nanok called on residents to support UDA candidate, saying unity of purpose will renew hope for Turkana in national politics.

MP Lomurkai is eying the county top seat on the ODM party ticket.
Counties
3 weeks ago

Most parts of the country to be dry – forecast

Some parts will receive rain between Wednesday and next Monday.
News
1 week ago

Number rose from 3.5 million in May as drought continues to worsen
News
2 weeks ago
by HESBORN ETYANG Correspondent, Turkana
Rift Valley
22 June 2022 - 22:00