LAND OF THE LAWLESS

MP: Why is Baringo South bypassed in banditry operation?

• Kamuren said all his appeals have been fruitless and he has been given no explanation for neglect.

• Laikipia had a security operation and Kerio Valley has one now. But Baringo South has been left out.

Baringo South MP Charles Kamuren has criticised the government for "conspicuously sidelining" his constituency from the operation to wipe out bandits.

"When other banditry-prone areas request an operation, like Kerio Valley, it is done faster, while government always neglects Baringo South," Kamuren said on Tuesday.

The legislator said so far, armed bandits have taken over at least six locations. People have fled their homes in Mukutani, Rugus, Lomoiwe, Kiserian, Mochongoi and Chebinyiny.

"We are seeking to exactly understand why," Kamuren said, adding that the state gives some regions special treatment, compared with others.

He said he suspects someone must be trying to sabotage his region.

"If it happens to be a politician, then the people should speak out against him," he said.

At least 20 people, including schoolchildren, have been killed, many injured and thousands displaced by bandits in Baringo South.

The victims are putting up as Internally Displaced Persons in parts of Baringo, Laikipia and Nakuru counties.

"For the last 19 years, my people have been suffering and engaging in running battles with armed bandits, some killed, others injured, displaced and their livestock stolen," Kamuren said.

"I have made several inquiries to Parliament, but the government has since kept silent," he said.

He was addressing World Desertification and Drought Day observations in Eldume, Baringo South, on Saturday.

The MP said as the government has failed to carry out an operation and provide his people with security, he is not sure he will bother to vote on August 9. 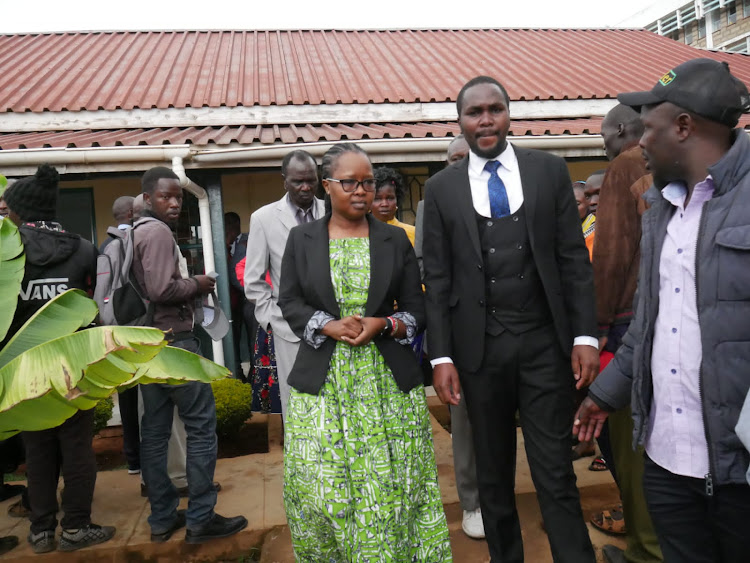 Environment CS Keriako Tobiko presided over the meeting and Kamuren requested him to pass the message to Matiang'i that Baringo South has been sidelined.

He said despite the unrest, under the National Government Constituency Development Fund, he has so far managed to build a new secondary school and a police post complete with cells in Mukutani ward.

Last week, Baringo county commissioner Abdirisak Jaldesa termed the insecurity in Baringo South "an isolated case", although he didn't give reasons but said they are just following orders.

Matiang'i is in Qatar and his office told the Star to talk to regional bosses.

Jaldesa said the place has been calm for three weeks and the government is keen to restore peace and resettle the displaced families soon.

Jematia was arrested and arraigned last month for allegedly inciting residents and threatening to arm them with guns so they can protect themselves from bandits.

Residents ask why, commissioner says it's been quiet for three weeks.
Counties
1 week ago

Cattle rustling and banditry will be contained if the residents are empowered economically.
Opinion
2 weeks ago
“WATCH: The latest videos from the Star”
by JOSEPH KANGOGO Correspondent, Baringo
Rift Valley
21 June 2022 - 22:00