OUT IN THE COLD

Don't complain if you're left out and are not a member, woman, youth, PWD told 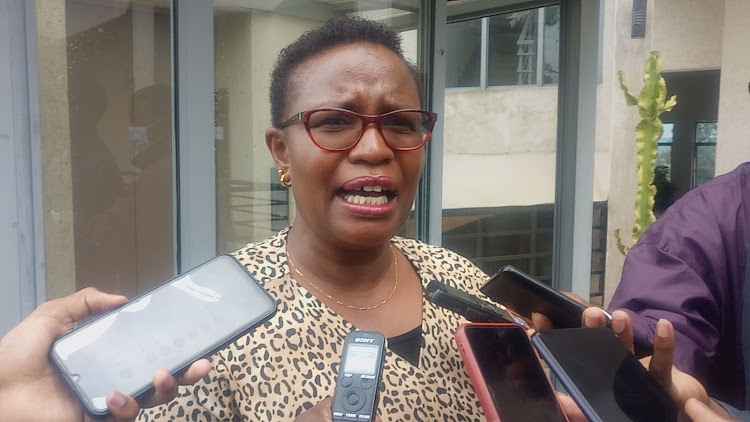 Former IEBC official Dr Praxedes Tororey has urged special interest groups to join political parties so they can be considered for party nominations in the future.

Tororey said people with disability, women, youths and members of minority and marginalised communities should not complain when they are left out of nomination lists.

They have to be party members to be nominated.

She was speaking to journalists in Nakuru on Tuesday after a media workshop organised the Registrar of Political Parties.

"When I was working with the IEBC, we had incidents where during the elections, people with disabilities would take us to court," she said.

"They claimed they were not involved by the political party during the generation of the nomination list."

When party lists were examined, "we found some of them were not members of any political party. Parties only nominate members," Tororey said.

The former IEBC official, who was a trainer at the workshop, said without  individuals from special interests groups joining parties, the IEBC cannot do much.

She urged the media to give a platform to special interest groups who mostly fair to get enough exposure in the media.

The Office of the Registrar of Political Parties has carried out media education in Nakuru and other regions.

They equip journalists with information on operations of the registrar's office to enhance balanced coverage of political parties, candidates and special interest groups.

The ORPP has pledged to continue collaborating with the media in all regions.

Say since Governor Wangamati’s entry their grievances haven’t been answered.
Counties
10 months ago