• They blame Azimio leadership especially Embakasi MP Babu Owino, accusing him of instigating  violence in a number of people were injured. 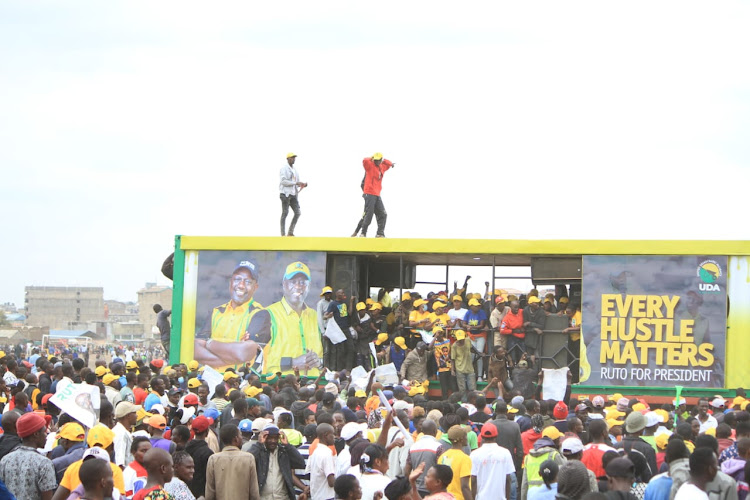 DP William Ruto’s North Rift allies have reacted with fury to the stoning of Kenya Kwanza's rally on Sunday at Jacaranda Grounds in Nairobi.

They blamed the Azimio leadership, especially Embakasi East MP Babu Owino, accusing him of instigating the violence in which several people were injured.

The allies led by UDA governor candidate in Uasin Gishu Jonathan Bii on Sunday urged the IEBC and the police to ensure action is taken against the perpetrators and organisers of the violence.

“The IEBC should disqualify all candidates involved in instigating such violence even after they signed the elections code of conduct committing themselves to ensuring peace," Bii said.

He said said all Kenyans must be tolerant during campaigns and urged Azimio leader Raila Odinga to discipline those in his team who use violence as a means to succeed in politics.

“Politics is about selling your manifesto and ideas to the people. Violence is a retrogressive behaviour that does not help anyone in the end," Bii said.

He was with other UDA candidates, including Prof Phyllis Bartoo for Moiben MP seat and Janet Sitienei for Turbo and Samuel Chepkonga, an independent.

Chepkonga said the Azimio team should not behave this way just a few days after Raila's running mate Martha Karua was welcomed during her tour of Eldoret.

“In this region we have experience with what violence can do and those engaging in such acts should come and learn from us," Chepkonga said. 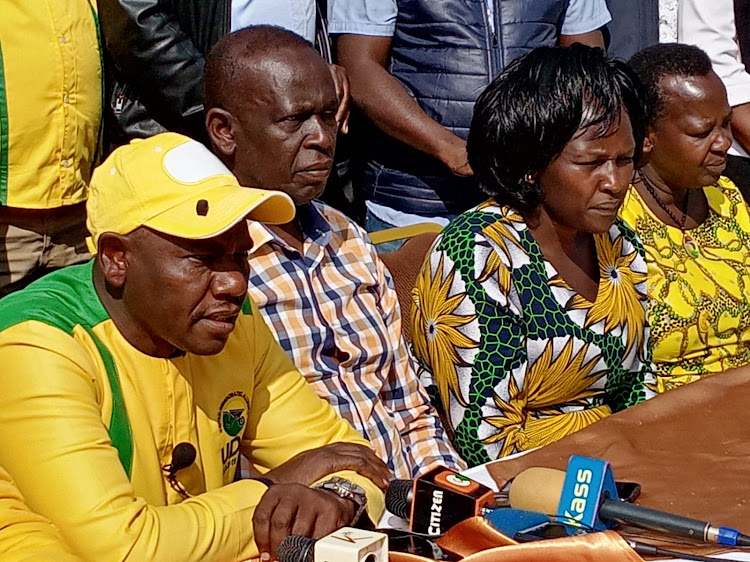 Sitienei asked the IEBC to crack the whip and stop politicians using hooligans or youth to disrupt their rivals' rallies.

“As women leaders, we are opposed to any forms of violence and we urge Kenyans to keep peace and unity during the elections period,” Sitienei said.

Elgeyo Marakwet Deputy Governor Wesley Rotich also condemned the violence and urged the police to ensure all those involved are prosecuted.

“Police should act with fairness and apprehend all those involved. Kenya needs peace, and political competition should be on the basis of ideas and policies but not violence," Rotich said.

The Kenya Kwanza team in the region has urged their supporters to uphold peace and unity before, during and after the elections.

Clergy led by Sheikh Abubakar Bini, chairman of the North Rift Council of Imams and Preachers of Kenya, called for tolerance as the country heads to the August 9 polls.

“As religious leaders we condemn such violence and urge our leaders to value the future of the country," Bini said.

"When are you going to stop using violence as your tool for seeking power?" DP Ruto.
News
5 days ago

No amount of stones will stop us - Ruto on Jaracanda chaos

The DP dismissed the chaos as political machinations orchestrated by his competitors.
News
6 days ago

Kositany confesses youths were paid to stone and heckle Raila.
News
2 months ago
“WATCH: The latest videos from the Star”
by BY MATHEWS NDANYI
Rift Valley
20 June 2022 - 22:00