“We do not enter the elections just for the sake of being seen but to win it." 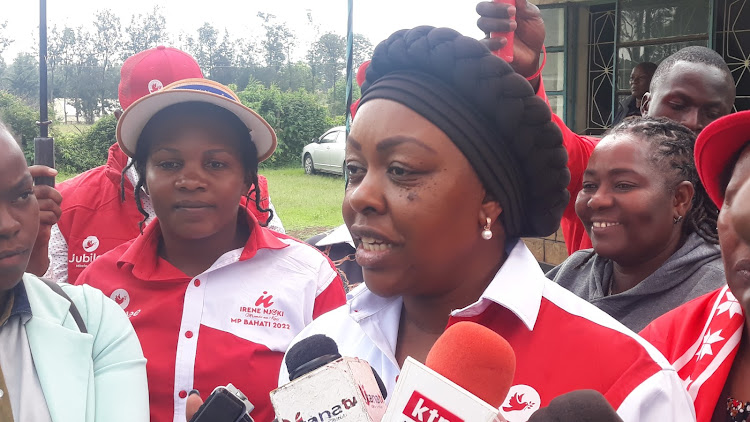 DEFECTION Bahati Jubilee Party Parliamentary candidate, Irene Njoki after being cleared to vie in the August 9 General elections on May 30, 2022. Two of her competitors dropped from the race to support her candidatures
Image: LOISE MACHARIA

Two parliamentary aspirants for the Bahati seat in Nakuru County have stepped down and pledged their support for the Jubilee candidate Irene Njoki.

Orange Democratic Movement’s Millicent Mueni and independent candidate Simon Kabochi abandoned their aspirations and vowed to mobilise their supporters to vote for Njoki.

Kabochi said he had complied with all the necessary requirements for an independent candidate but realised that entering the race would split votes and decided to join the winning team.

“We do not enter the elections just for the sake of being seen but to win it, change the leadership of Bahati and better the lives of the constituents. Njoki has the same aspirations and has the chance to take the seat,” he said.

Kabochi said he made the decision after extensive consultations with his family and a section of his supporters, especially his campaign team.

His sentiments were echoed by Mueni who said that Njoki was best placed to save the people of Bahati and ensure development in the populous constituency.

“I am in the Azimio la Umoja One Kenya Alliance where Jubilee is also a party member. We are joining forces to ensure the alliance wins the seat,” she said.

Njoki is contesting against the incumbent, outspoken MP Kimani Ngunjiri who has been representing the area since 2013.

Speaking after presenting her papers to the Independent Electoral and Boundaries Commission at Kiamaina, Njoki said it was an honour for the two to drop their interests and declare their support for her candidature.

“I appreciate the support I have received from my worthy competitors because this is a shot in the arm for my campaigns,” she said. 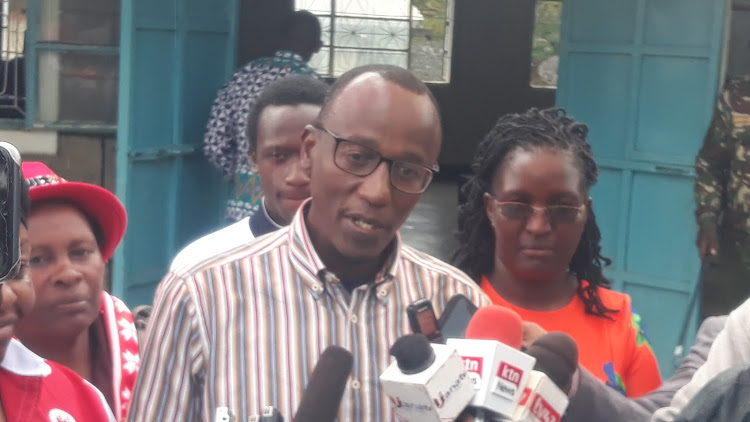 DEFECTION Independent candidate for Bahati Parliamentary in Nakuru, Simon Kabochi who dropped out of the race today in support of Jubilee's Irene Njoki.
Image: LOISE MACHARIA

She observed that it was the time to hit the campaign trail and redeem the electorate from poor leadership over the past decade.

She promised to deliver victory in the August 9 General Elections.

The other candidate who was cleared for the Bahati parliamentary seat today is John Quindos who is vying as an independent candidate.

He squared it out with Ngunjiri in the UDA primary and came second after which he decided to go run on an independent ticket.

Why Ruto has pitched tent on the mountain

The DP has intensified his hunt for votes in President Kenyatta's turf.
News
2 months ago

She also castigated the Kenya Kwanza brigade for being silent on corruption.
News
2 months ago
WATCH: The latest videos from the Star
by LOISE MACHARIA
Rift Valley
30 May 2022 - 21:19
Read The E-Paper