Over 400 teachers trained on mental health to lessen risks

The tutors were drawn from 380 secondary schools in Nakuru 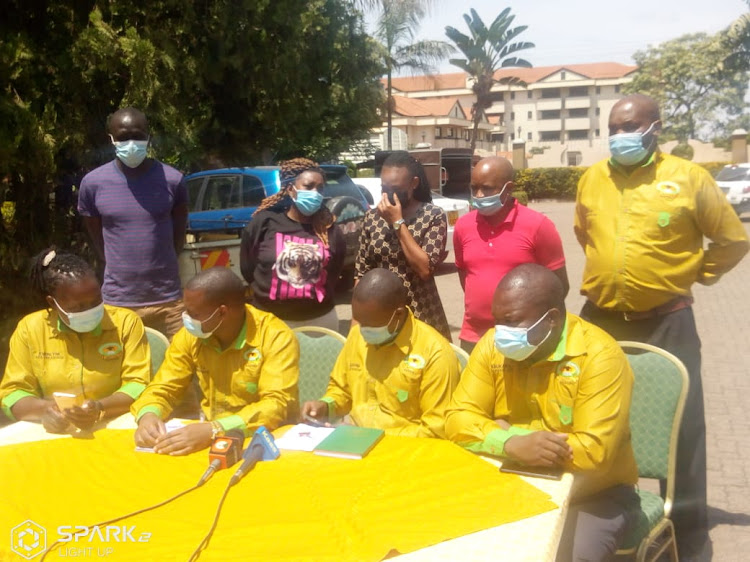 Kenya Union of Post Primary Education Teachers in Nakuru have trained close to 400 teachers as wellbeing champions in their respective institutions as a way of creating mental health awareness.

The teachers were drawn from 380 secondary schools in the county and a few from primary schools that host Special Units for children living with disability such as Ngala School for the deaf.

Kuppet Nakuru branch executive secretary Duncan Gitau said cases of mental illnesses were on the rise and affected professionals in all sectors.

Addressing the teachers during the training, Gitau urged the champions to be always on the look out for the tell-tale sign of mental illness among their colleagues for quick intervention.

Gitau said the wellbeing champions would create mentally healthy schools as it involved peer-to-peer support while identifying the specific needs within the educational environment.

He said the wellbeing champions will disseminate the knowledge to their staffrooms where they are positioned as role models and helpful resources for positivity.

Gitau said the wellness champions were not experts but strategic signposts meant to point the way to professional help or other resources.

The official said mental wellness champions would also work with psychology counsellors in the schools to help learners because cases of suicide in children were also on the rise especially in Molo, Njoro and Subukia subcounties.

“May is a mental awareness month and Kuppet intends to create awareness about mental stress because of the economic hardships and other life strains thus the need for such training to save lives,” he said.

Gitau noted that due to stigma, families and the society were hiding cases of mental sickness instead of supporting the patients in seeking treatment.

He added that Kuppet, Nakuru branch, had identified Gilgil Mental Hospital as the chosen facility for treatment of their members.

Teachers were advised to live within their means to avoid financial strains that mostly lead to depression.

They were also discouraged from subjecting students to corporal punishment of engaging in sexual relationships with the learners.

Uhuru inks deal for construction of mental hospital in Ngong

Besides offering treatment, the facility will also host a specialist university to train mental health workers.
News
1 month ago
“WATCH: The latest videos from the Star”
by LOISE MACHARIA
Rift Valley
27 May 2022 - 22:00