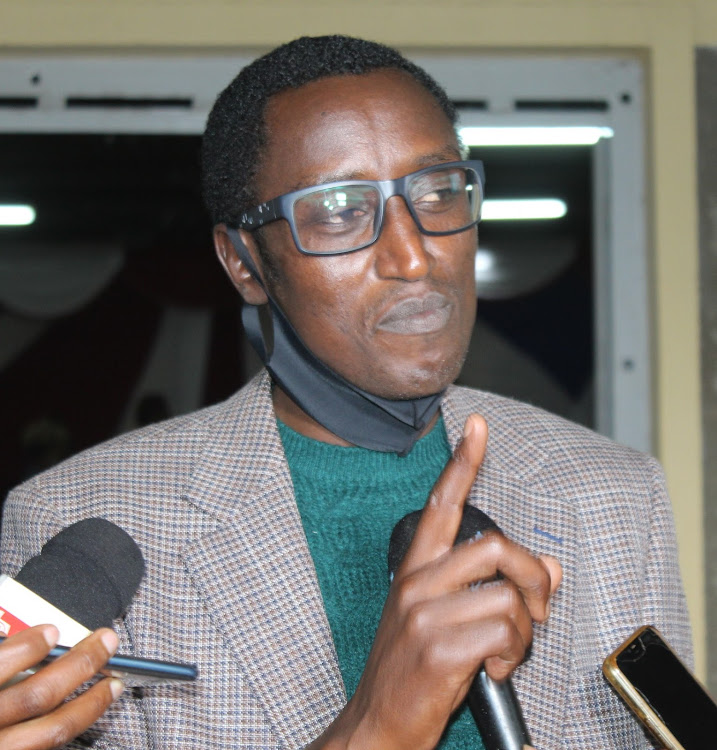 I used to compete with dairy farmers in Githunguri, Kiambu county. This is the kind of competition I will be bringing to Uasin Gishu so that we focus on producing more and hence better earnings

The county is one of the strongholds of Ruto and by extension his party UDA.

Last Sunday, his allies heavily criticised independent candidates, terming them sellouts being used to undermine the DP in his home region.

They named the independents they want rejected at the ballot: Buzeki, Kesses MP Swarup Mishra, who will be defending his seat, Moiben MP Silas Tiren and Ainabkoi MP William Chepkut, among others.

“These are the people who have been attending night meetings to undercut the DP and they should not be allowed to get any seats in this region at all,” Barasa said.

But Buzeki said he will not be distracted by Ruto allies' focus on six-piece voting.

He has campaigned extensively in the region, going up against the UDA wave.

His manifesto, he has said, will focus on transforming the region into a productive and poverty free county.

“If elected I will ensure we have a strong economy based on a vibrant agriculture sector, including the dairy sector,” Buzeki said.

On Wednesday he was in Kesses, where he pledged to transform dairy farming.

Buzeki, who is making a second stab at governor, has run dairy businesses.

"I used to compete with dairy farmers in Githunguri, Kiambu county. This is the kind of competition I will be bringing to Uasin Gishu so that we focus on producing more and hence better earnings," he said.

"My administration will also automate the whole process of payment in a way that farmers will be able to get affordable farm produce through cooperative societies."

He also pledged to initiate new projects that will create jobs.

Buzeki said his desire was to focus on issues that will transform lives.

“Let’s not be misled through politics focusing on parties or individuals who have no capacity to help this county,” he said.

Nandi and Uasin Gishu, both Ruto strongholds, have a high number of independent candidates following complaints of massive interference with the party’s primaries.

Buzeki said he was confident of clinching the seat despite the UDA wave.