Numerous regulations must be complied with before the ban is lifted

• The scrap metal ban is to be lifted under strict conditions and vetting of dealers who must explain where metal came from.

• The ban was imposed a number of months ago to end vandalism of important infrastructure. 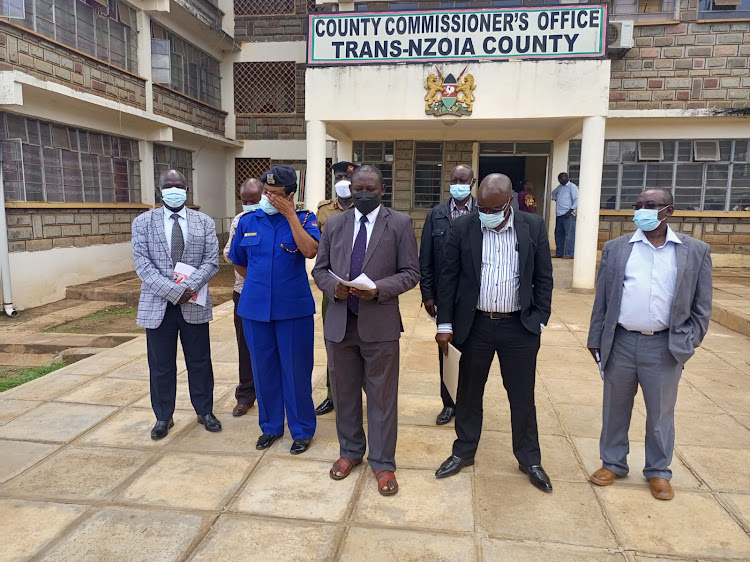 Trans Nzoia county on Friday established the County Scrap Metal Dealers Vetting Committee, ending the anxiety among dealers who had been locked out of business.

It was imposed by President Uhuru Kenyatta in January in response to a rash of vandalism of important infrastructure. He called such vandalism "terrorism".

The multi-agency vetting team will be chaired by the county commissioner together with the Industry Development officer as secretary.

Other permanent members include the county Police Commander,  Criminal Investigations officer and an officer from the National Intelligence Service.

“The key objectiveis to help the government streamline operations of the scrap metal business by conducting a fresh licensing of traders in the industry. theu must meet meet all the requirements and standards as directed by the Scrap Metal Council and outlined in the Scrap Metal Act of 2015,” Musamale said.

The fresh licensing directive was among new regulations proposed to control the sector, before the eventual lifting the ban.

According to new regulations by the scrap metal council, licensed dealers, millers and smelters will be required to possess a scrap metal dealers association membership number and certificate, business registration certificate, permit, plot title deed or lease agreement, tax compliance certificate and pay an annual fee of Sh250,000, among other requirements.

The annual fees for agents and jua kali collectors will be Sh150,000 and Sh50,000 respectively, he said.

Speaking to the media after the inauguration event, Ojwang said the move will go a long way in protecting critical infrastructure that had hitherto been easy targets for vandals associated with the lucrative scrap metal business.

He assured scrap metal dealers the multi-agency vetting committee would discharge its mandate with transparency and fairness.

“The committee will embark on the scrap metal dealers vetting exercise from next week,” Ojwang said. He appealed to traders to ensure they have all the requirements to ensure the process goes smoothly.

Ministry to convene stakeholders meeting on draft guidelines for trade.
News
1 month ago

Matiang’i warned that the lifting of the moratorium will be pegged on compliance with regulations.
News
2 months ago

Say the CS should state the policy behind the indefinite and inconsiderate ban.
News
3 months ago
“WATCH: The latest videos from the Star”
by DAVID MUSUNDI
Rift Valley
13 May 2022 - 23:00