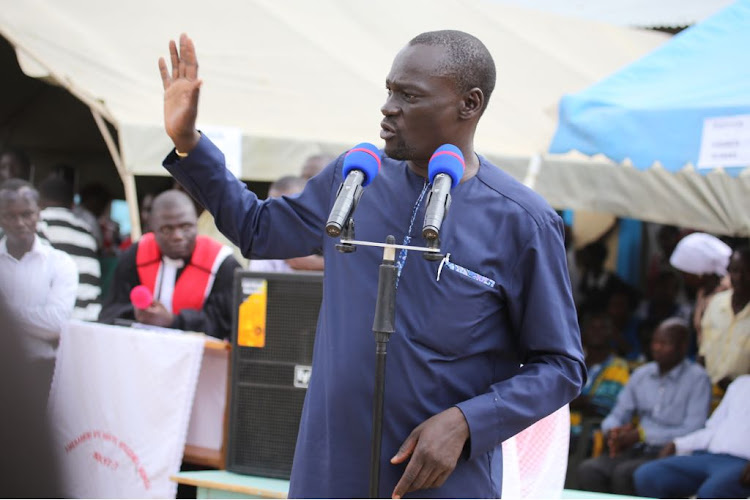 Turkana Governor Josphat Nanok has has called for strengthened security to prevent attacks by bandits who kill, wound, destroy property and kill livestock.

Two attacks have recently occurred on the Kitale-Lodwar A1 road. On Saturday, two people were killed.

On May 4, gunmen sprayed a Quick Shuttle matatu with gunfire at Kainuk in Turkana South. Eight passengers and driver were hospitalised.

The service plies the Lodwar, Kapenguria and Kitale route. Police said the gunmen are believed to be from West Pokot county.

On the same day, 238 head of livestock were stolen.

“I strongly condemn the recent spate of banditry attacks in Turkana South along the border with West Pokot that have led to loss of life, hundreds of livestock stolen and disruption of  traffic on the Kitale-Lodwar A1 road,” Nanok said in a statement.

The governor said his government has provided emergency medical services.

The resurgence of violence has displaced communities and disrupted transport. If attacks persist, PSV service is expected to be suspended.

“Apart from affecting movement of goods and people, the interruption of transport undermines our effort to market Turkana as an attractive destination for domestic and international tourism as well as a high-potential area for investments,” Nanok said.

“Whilst there have been highway security patrols to keep transport open, there could be lack of commitment by the duty bearers because these attacks continue despite the presence of highly specialised police units,” he said.

Nanok called on the Ministry of Interior through the national administration officers to uphold security and assure residents their personal security and property will be safeguarded.

He urged the security and intelligence committees at all levels to fix laxity in response to attacks, pursuit of bandits and recovery of livestock.

He deplored that there is demonstrable commitment of the Turkana kraal leaders along Turkwel belt on tracking and ensuring return of Pokot livestock in past incidences but this has not been the case on the West Pokot side.

“Given the pastoral context, security agencies must understand how central recovery and return of stolen livestock is in the quest for social justice at the community level.  Aggressive deterrence must be employed by security units opposed waiting to respond when incidents occur,”

“I believe it is not a coincidence that the frequency of the attacks appear to increase as we approach the general election. Insecurity has been used to suppress participation of the electorate in elections and as a campaign tool for politicians to mobilise for support by inciting emotions of residents,” he said.

Nanok said to end this vicious cycle of violence, those responsible for the attacks must be brought to book .

He said the financiers, planners, politicians inciting attacks and the hardcore bandits who have made a career from terrorism must be held responsible.

He said when the criminals go scot-free one attack after another, impunity takes root while people continue to suffer due to loss of livelihoods and live in fear of attacks.

“I appeal to the peace-loving residents of Turkana South to remain calm and demand that the County Security and Intelligence Committee steps up security efforts to prevent retaliatory attacks whilst reassuring the communities,”

Turkana county police commander Samuel Ndanyi told the Star that calm has resumed in Kainuk after the attacks.

He said they have deployed security agencies including Anti-Stock Theft Unit and Rapid Deployment Unit to beef security in the region.

He said the security officers have also intensified patrols in Kainuk, along Lodwar Kitale road.

“We are aware of the message circulating on social media informing the public of the impending attack in Loyapat. I urge the public to disregard the message, we have intensified security in the region and public should worry about their security,” he said.