Phillip says lawyer Amos Bundotich has been identified as the executor of the will.

• Family members, including 26 children and three wives, have said they will engage in dialogue using elders and the church to resolve the disputes. 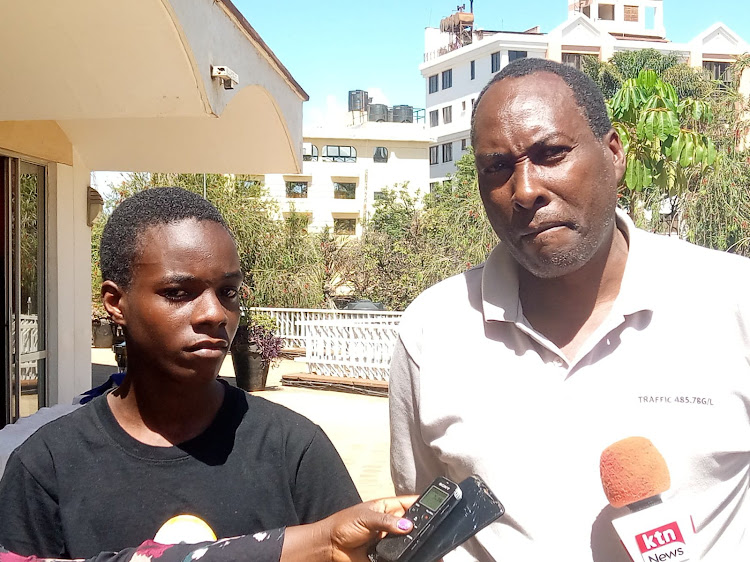 Reuben and Phillip Kibor after release of their father's will in Eldoret on May 6, 2022
Image: BY MATHEWS NDANYI

Family members of Jackson Kibor want to end disputes over his vast estate amicably following the release of his will.

Family members, including 26 children and three wives, have said they will engage in dialogue using elders and the church to resolve the disputes.

Three of the siblings have died but their families were represented when the family met.

His eldest son, Phillip Kibor, said he would try his best to ensure they avoid wrangles that have exposed the family for many years.

"We know it's not easy because Mzee had a big family and a lot of assets but with time and as per details in the will, we will end the disputes," he said.

Last Friday, Mzee Kibor's will was read out to the family in Eldoret under tight police security.

Some family members feared that the event could be disrupted and decided to call in the police.

The will was read by lawyer Wilson Kalya.

After the reading of the will, Phillip addressed the media in the company of his brother Reuben Kibor. Reuben is the son of Kibor's youngest wife Yunita.

Phillip said lawyer Amos Bundotich had been identified as the executor of the will.

Phillip said Kibor had included 26 children in the will and in one unique case he directly gave out some of his assets to one of his grandchildren.

The grandchild is Phillip's son.

He also said they would get other moveable assets, including tractors and cars.

Phillip said the will largely detailed what Mzee Kibor had said at a family meeting a few months before he died.

"In the will, some got land in the rural areas but lost out on real estate in towns and vice versa. Those who are dissatisfied with the will still have the opportunity to go to court or use the elders to complain."

However, Phillip said they would still sit down as a family and iron out any problems that may arise from the will.

Yunita had last week complained that some family members had taken away property given to her, but Phillip said the matter had been addressed in the will.

Kibor died on March 16 this year at the age of 88. He was buried on April 1 at his Kabenes home in Uasin Gishu.

Phillip said they would identify some of the properties that may not have been included in the will.

Three other people had gone to court seeking to be recognised as Kibor's children and Phillip said two of them had been included in the will.

Kibor's will publicly read out to family under tight security

One of the sons said the family had largely agreed with details in the will.
News
2 weeks ago

Mzee Kibor's youngest wife: My life is in danger, I've been kicked out of my house

She said plot to deny her share of the inheritance started before Kibor was buried.
News
3 weeks ago
“WATCH: The latest videos from the Star”
by BY MATHEWS NDANYI
Rift Valley
08 May 2022 - 22:00