Some defeated a number of men including veteran politicians

• Shollei enjoys wide support in the county and is also see as a key ally of DP William Ruto. 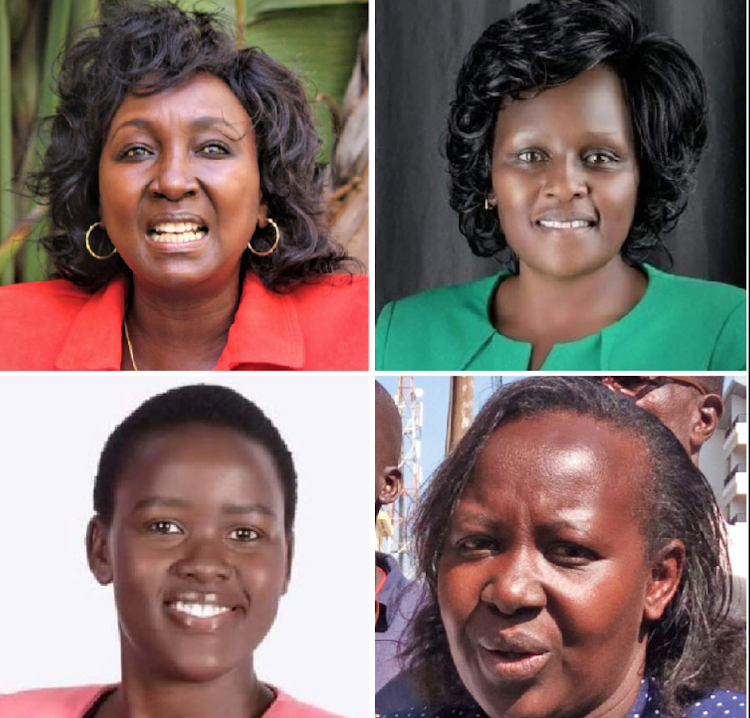 A number of women aspirants won the gruelling UDA primaries in North Rift and are facing August 9 with the oddsmakers on their side.

Best known among them is Uasin Gishu Woman representative Gladys Boss Shollei who defeated  her rivals in in the primaries. She is expected to have an easy ride in august.

Shollei enjoys wide support in the county and a key ally of DP William Ruto.

“As women leaders, we are grateful for the confidence residents of this region have in us and definitely we will not let them down," Shollei said.

She is a lawyer who has also been active in the UDA party legal team.

Turbo MP Janet Sitienei surprised critics after she won the UDA primary defeatng more than six men. During the last elections Sitienei won the seat as an independent candidate.

DP Ruto's home is in her constituency.

This year she won the UDA primaries and is also expected to easily win the seat.

Her performance and down-to-earth style of operation is among key factors residents say contributed to her win.

“I have worked well with Turbo people and I look forward to even doing better as we move forward after the August elections," she said.

In Nandi the youngest MCA,  Cynthia Muge of Kilibwoni ward, also made history by winning the UDA primaries for the county woman representative position.

She is 24 years old but says her determination to serve residents as a leader is inborn.

“I always think about the welfare of our people especially in Nandi and that is why I decided to join politics from where  I will have capacity to bring change," Muge said.

She won during the initial primaries on April 14th but rivals rejected  the results due to anomalies, causing UDA to order a repeat which she also won.

“People if Moiben wanted change and if electedI will do my best to serve them to the best of my capacity,"Bartoo said.

She said women have the capacity to offer good leadership just like men.

Bartoo said her manifesto will focus on helping to empower the people of Moiben to fight poverty, improve education, access water and also help farmers.

Says she has every right  to vie and represent the people
News
3 weeks ago
“WATCH: The latest videos from the Star”
by BY MATHEWS NDANYI
Rift Valley
05 May 2022 - 22:00