According to the organisation, larger part of the region has always been peaceful.

• Mwania said the national leaders that Kenyans fight for have money enough to last them generations and can even flee the country if there are chaos. 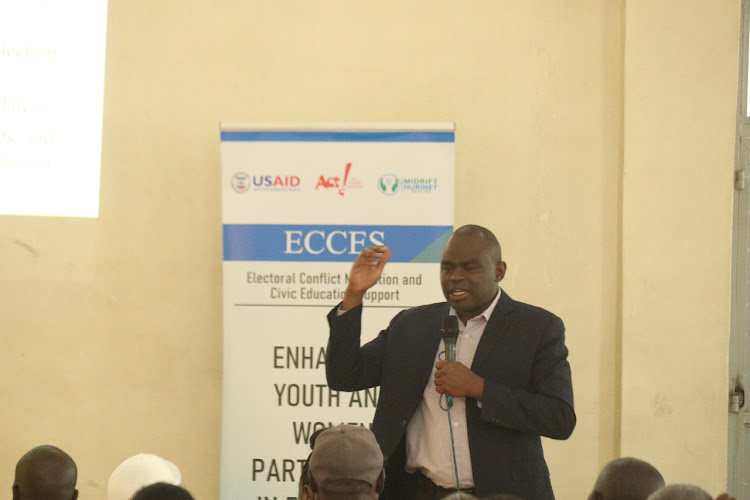 Leaders, and residents of Nakuru have been urged to maintain peace during the electioneering period to keep the region’s good record after it was struck off the list of election violence.

Midrift Human Rights Network which is working has been supporting women and youth political aspirants said it took a lot of work to and collaborations to restore confidence in Nakuru City which has always been a haven of peace until 2007.

The organisation’s Project Coordinator, Walter Mwania observed that although Nakuru especially Njoro, Molo, Kuresoi South and Kuresoi North sub-counties had always been the epicenter of election violence since 1992, the larger part of the region had always been peaceful.

“In 2007, the violence affected most part of the country, businesses were greatly affected with many investors fleeing the region causing massive loss of jobs, residents should guard the peace and security for prosperity,” he said.

“When former President Mwai Kibaki took over power in 2002, the country’s Gross Domestic Product was at 1.7 per cent, he grew it to over 7 percent in 2007 but that growth was brought down by Post-Election Violence,” he said.

He added that that Kenya’s economy has never recovered to 7 per cent more than 12 years later owing to the events of 2007/2008 PEV.

“The investors who had invested in the country either lost their investments or took them elsewhere and we do not was a repeat of the conflicts,” he said.

Mwania said despite the county being struck off the list of election violence hotspots, residents required civic education of elections, peace and security.

“If the businesses that have employed our youths in Nakuru Town West are disturbed in any way and close shop or are destroyed, it will create un-employment and the economy will deep,” he said.

He observed that the national leaders that residents fight for have money enough to last them generations and can even flee the country if there are chaos.

“You should not fight you neighbours based on political on ethnic lines because those you are fighting for don’t care about you, the well-being of the common people is dependent on peace and security under which economy will thrive,” Mwania said.

Mwania added that Midrift Hurinet through was working with the relevant authorities including the police to ensure peace in Nakuru.

“There was tension in both elections and some people in Nakuru Town West and Naivasha even ferried their families back to the rural homes before the election day but because of the peace and security meeting that we have been holding, confidence has been restored,” he said