•Simayo, who had given birth to underweight triplets through C-section on March 21, is allergic to ugali, is malnourished and cannot nurse them j

•She attributed the lack of drugs and baby food to  poor planning and asked where the money that is annually budgeted for hospitals goes. 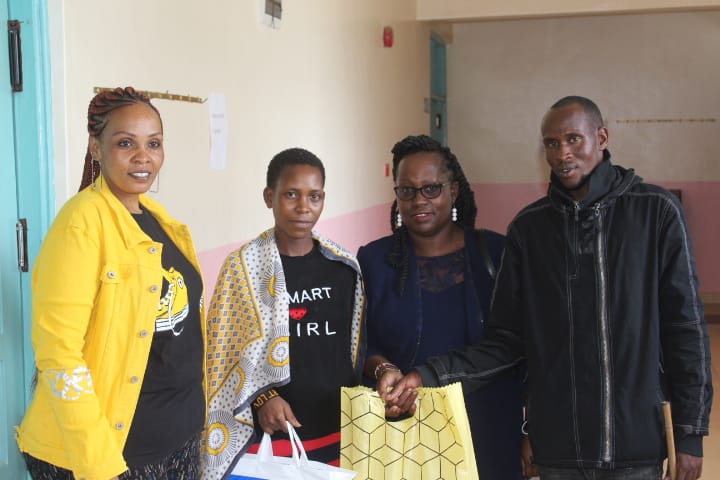 Three underweight triplets and their malnourished mum who cannot nurse them have received help from well-wishers.

The wife of Kajiado Central MP Elijah Kachory, Stellah Memusi, on Saturday visited the couple with triplets at the Kajiado County Hospital.

The couple said they are financially incapacitated and starved for three days before deciding to go public and appeal for help.

Their plight was highlighted by the Star.

Memusi visited Lemarpe Ronda and his wife Evelyn Simayo, after the couple on Thursday appealed for help.

Simayo gave birth to triplets through C-section on March 21.

She said she is allergic to ugali.

Ronda had said the hospital was only providing ugali and cooked white cabbage, which his wife could not eat.

“This is why she could not produce enough milk for the triplets," Ronda said. I was always forced to go to the streets  to beg for money to buy my wife meat and chapati, and also Nan baby formula for the triplets,” said Ronda.

On Saturday evening, Stellah supplied the couple with baby blankets, diapers, baby clothes, water and cash to sustain them at the hospital until they are discharged.

One of the babies still weighs less than 2kg.

"Lemarpe is one among the many Kajiado residents who suffer unnecessarily due to the dilapidated state of the referral facility in Kajiado.," Memusi said.

"When leaders demand accountability and performance from the county government, it is evident that all is not well with the current regime. 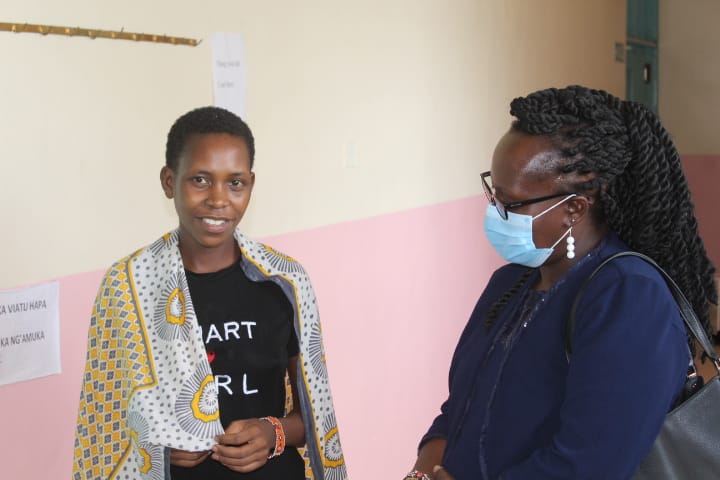 She attributed the lack of drugs and baby food to poor planning and asked where the money budgeted annually for the hospital goes.

“We cannot understand when we find hospitals operating without essential medicines, and yet in every annual budget there is money allocated to every sector of the county government,” Memusi said.

The two girls and a boy will be kept at the hospital until they put on weight  before they are discharged with their mother.

Kajiado health director, Dr Ezekiel Kapkoni, on Thursday said on Thursday he was not aware of the case, adding that no one informed him.

“This is a serious matter that should have been brought to my attention. I have dispatched someone to the referral hospital to get me first-hand information on this case before I respond to you,” Kapkoni told the Star.

Kapkoni later referred the Star to  hospital’s superintendent Dr Odhiambo Opiyo. He said the couple had not complained to his office about the claimed allergy and supply of food supplements for the triplets.

“The hospital is providing Nan to the triplets and our nutritionist is working round the clock to ensure the children gain weight,” said Opiyo said.

The doctor said it is normal for the triplets to have low birth weight when they are born but they will gain weight before they are released.

“Two of the triplets have crossed the 2kg mark and they are ready to be discharged but we do not want the third child to be left alone,” said Opiyo.

He said the mother of the triplets cannot produce enough milk for the triplets, but the hospital's nutritionist is also working on her feeding programme.

He says his wife delivered via cesarean and is losing weight as she is allergic to ugali.
Counties
7 months ago

[PHOTOS] Born too soon: Efforts to save preterm babies

Methods deployed include promotion of kangaroo care and setting up of more newborn units.
InPictures
10 months ago