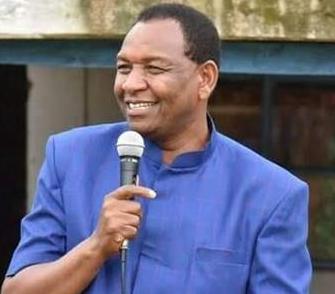 Several losers in the UDA primaries are in a rush to secure independent tickets to vie for positions in the August 9 general elections.

In Nandi, MPs Vincent Tuwei of Mosop and Cornel Serem (Aldai) will now defend their seats as independent aspirants.

The two came second in the primaries which were marked by claims of massive irregularities.

Mutwol had filed a dispute at the UDA elections tribunal but he says the matter was unfairly determined.

“The verdict at the tribunal was doctored by the UDA bigwigs for two days and that is the reason for the delayed ruling,”Mutwol said.

“I had earlier stated that our victory cannot be stolen. I have taken a recourse to restore hope to our people. I have officially registered as an independent candidate."

He called upon his supporters to offer him unwavering support to what he termed as a noble cause.

“Our nation is bleeding. I will give all I can including my dear life to save our people from bad leadership,” he said.

The independent aspirants will have a hard task running against UDA which is the most dominant party in the region.

Political analyst Kipkorir Bett says the independent aspirants who may have lost unfairly in the primaries could still reclaim their seats.

He says most of them will market themselves and at he same time back Ruto’s candidature.

Businessman Bundotich Kiprop Buzeki will be running for Eldoret governor as an independent aspirant.

In Nandi lawyer Allan Kosgey who lost to Governor Stephen Sang in the primaries could not confirm or deny that he would go independent in August.