•Mandago is completing his final term as governor and many had expected him to win easily in the Senate ticket nominations.

•Karoli is a newcomer in Uasin Gishu politics and carried out quiet campaigns in the county. 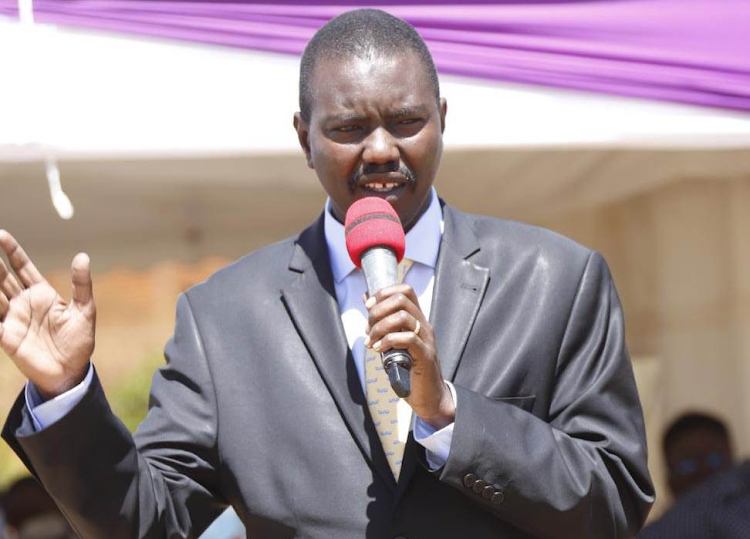 Governor Jackson Mandago appeared to be headed for victory as vote counting continued in the UDA primaries in Uasin Gishu.

As of Friday early morning, Mandago, who is vying for the Senate ticket, is ahead of his main rival lawyer Kipchumba Karoli, who took an early lead in some polling stations but was later edged out as counting continued.

Mandago is completing his final term as governor and many had expected him to win easily in the nominations, but with more than a third of votes so far counted, he appeared poised for a narrow victory.

Karoli is a newcomer in Uasin Gishu politics and carried out quiet campaigns in the county.

In preliminary results, Mandago had more than 27,000 votes closely followed by Karoli at about 20,000 votes.

Vote tallying is, however, still going on in the region

In the race to succeed Mandago, politician Jonathan Bii was neck to neck with former envoy Julius Bitok.

Bitok led in Kesses Constituency while Bii is ahead in Soy sub-county.

In the race for parliamentary tickets, Kapseret MP Oscar Sudi is leading against his rivals.

He is followed closely by former IG Joseph Boinnet.

He said the party was keen on ensuring peaceful election.
News
7 months ago

I can account for funds allocated to Uasin Gishu —Mandago