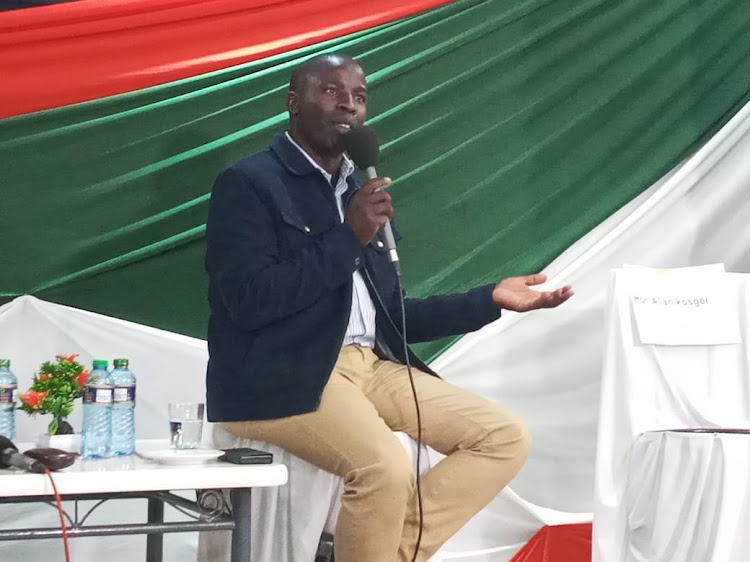 A live TV election talk show on Sunday was broken up by goons and turned chaotic in public glare.

It seemed to be a battle of Azimio and Kwanza. The show was signed off the air.

The debate titled Nani Kiongozi was hosted by the Nandi branch of the National Chamber of Commerce at  Allen's restaurant in Kapsabet town and aired by vernacular KASS TV station.

Tempers flared when irate youths forced their way into the venue and started cheering their candidate as Governor Stephen Sang and  Joshua  Kiptoo argued about government issues.

However, Kosgey skipped the debate and Dr Lagat  dispatched his running mate Joshua Kiptoo to represent him.

Sang, who is the front runner in the Thursday's UDA nominations, was taken to task over pending bills and incomplete projects left behind by his predecessor Dr Lagat in 2017.

Governor aspirants Tirop, Maiyo and former legislator Lagat accused Sang and the speaker of reducing the debate into an executive and county assembly platform.

As the meeting seemed to have been hijacked by goons, KASS TV signed off the air.

The debate had been scheduled to be held at the  University of Eastern Africa's-Baraton auditorium, but was called off at the eleventh hour by the varsity administration.

Keter is seeking third term in office on a UDA party ticket.
News
4 months ago