Leaders in Nakuru condemn attack on Raila in Soy

Mututho said the Soy incident was shameful and uncalled for.

• Former Nacada boss, John Mututho, urged Raila Odinga to continue his campaign and not take the attack to heart.

• Metro Church Leader, Bishop Mike Brawan asked the electorate to shun politicians who were spreading hate and inciting people based on ethnic or regional lines. 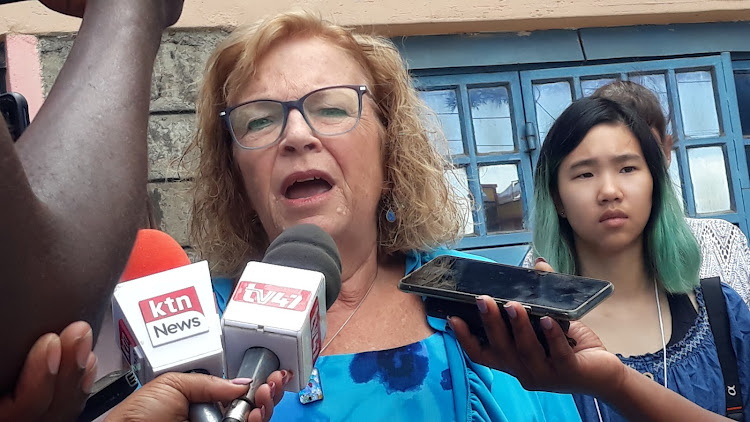 Leaders in Nakuru including members of the clergy have condemned yesterday’s attack in Soy that targeted former Prime Minister Raila Odinga.

Led by former National Authority for the Campaign against Drug Abuse (Nacada) chairman, John Mututho said all Kenyans were free to live, work and campaign in every park of the Nation without threats or intimidation.

He urged politicians to be cautious during the electioneering period and avoid actions of speeches that could cause violence.

Mututho who is vying for Nakuru Senatorial seat on Azimio la Umoja ticket said the Soy incident where people pelted Odinga’s chopper with stones was shameful and uncalled for.

Odinga had attended the burial of businessman Jackson Kibor in Kibenes area of Soy constituency of Uasin Gishu County when people threw stones at the chopper that ferried him and broke its windshield.

He urged Odinga who is a presidential aspirant to continue his campaign and not take yesterday’s incident to heart.

“Odinga should not be bothered by the people who planned and attacked him yesterday. The sober majority is watching and will vote for him to the man,” he added.

On the reconstruction of Kiambaa Church which was burnt down during the 2007/2008 Post Election Violence, Mututho said he was ready to take up the contract.

“I understand that a section of leaders is opposed to the reconstruction and wonder why yet the residents bought the land and set is aside for the church,” he posed.

He asked the electorate to shun politicians who were spreading hate and inciting people based on ethnic or regional lines.

“If you do not like someone, do not go for their meetings and if you attend, then ensure that you maintain peace,” he said.

Brawan observed that people suffered immensely during the 2007/2008 PEV when people lost their kins and property worth millions of shillings was destroyed.

“We can never allow that to happen again because we are yet to heal from the scars and there are thousands of Internally Displaced Persons who have not been resettled,” he said.

Brawan said besides the IDPs who were in camps, there was another lot which was either integrated with their relatives or moved to different areas.

The former PM's chopper was attacked in Uasin Gishu County.
News
10 months ago

The MPs have been summoned to appear before Rift Valley DCI on April 3
News
10 months ago
Post a comment
WATCH: The latest videos from the Star
by LOISE MACHARIA
Rift Valley
02 April 2022 - 20:28
Read The E-Paper