Narok leaders ask DP Ruto to respect the President, and his office

The said the presidency is a symbol of national unity.

• The leaders warned him against disrespecting the commander-in-chief as his office is a symbol of national unity.

• Kenta said the deputy president should stop hurling insults and undermining the president because he deserves to be respected for the office he is currently holding. 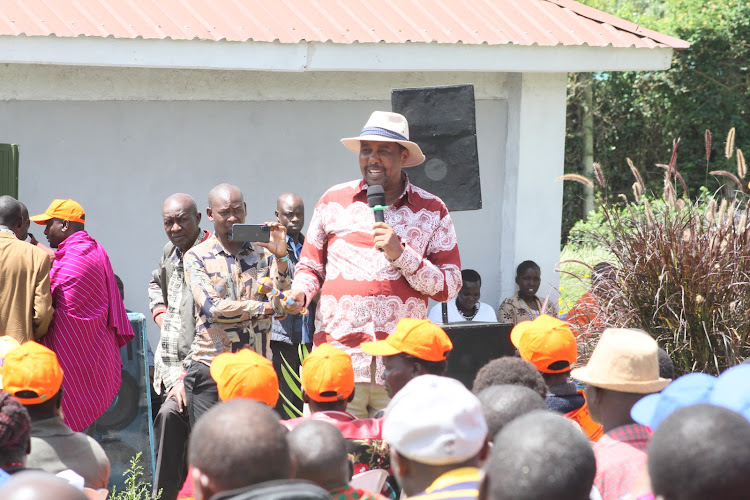 A section of Maasai leaders allied to the Azimio La Umoja movement from Narok County have told Deputy President William Ruto to accord President Uhuru Kenyatta due respect he deserves as the head of state.

Led by Narok North MP Moitalel ole Kenta, and former Geothermal Development Company Managing Director, and Chief Executive Officer Eng Johnson ole Nchoe, they warned him against disrespecting the commander-in-chief as his office is a symbol of national unity.

They made remarks during a meeting held at Olpisiai area in Transmara West Sub-county on Thursday.

The meeting was hosted by Youth Affairs PS Charles Sunkuli.

Kenta said the DP Ruto should stop hurling insults, and undermining the president because he deserves to be respected for the office he is currently holding.

“The recent remarks towards President Kenyatta by DP is uncalled for and he should be careful in what he says about his boss who stood with him despite the deputy president and allies attacking and undermining the head of state,"Kenta said.

The legislator denied claims that he was responsible for the evictions of thousands of settlers out of the Maasai Mau Forest.

Kenta said that those who executed the evictions were the Narok County Government because the illegal settlers were residing in the trust land which is under them.

“The wildlife especially at the Maasai Mara depends on the waters from the Mau Forest. Destroying these forests means we are seriously destroying our tourism sector. The economy of Narok and the entire country depends on the well-being of the Mau ecosystem,” he said.

The ODM aspirant said those who sold land in Mau to unsuspecting people are well-known and those evicted should look for them so as to get their compensations. 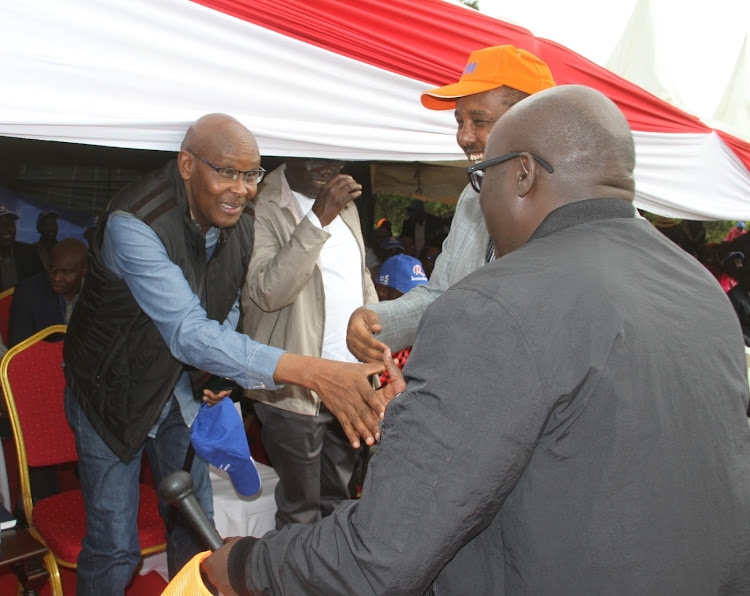 While drumming up support for Raila Odinga ahead of August 9 polls, Nchoe said that the DP and allies should resist disparaging President Kenyatta and his administration which is part of it.

“We acknowledge the president Kenya for peace in this country, but we as the Maa leaders are really annoyed with verbal attacks of the president by his deputy and his allies and we condemned this in the strongest terms possible, and we will stand with him till he hands over the mantle to Raila Odinga,” Nchoe said.

He added that as the community, they will continue to stand with the president because he has done a lot for the Maasai people.

“During the recent Azimio La Umoja meeting, President Kenyatta said Raila Odinga is the best person to succeed him and the Maasai Community and Narok leaders, we are fully backing that decision. We will move every region to ensure that the ODM leader becomes the next president,” Nchoe added.

On his part, Sunkuli hit out at Narok governor Samuel Tunai for failing to initiate meaningful projects for the last 10 years he has been in power.

“In the next administration, things must change because despite Narok county having enormous resources, the locals still live in abject poverty,” Sunkuli said.

He added that they will use all the means to ensure that the current governor, who is now eyeing a senate position, does not vie for any seat because of his ‘poor performance.’

“I have been in charge of the devolution ministry and Narok county was among the underperforming devolved units in all the 47 counties,” said Sunkuli.

The PS expressed confidence that Kenta, who is seeking a gubernatorial seat on an ODM ticket, will change the leadership of the county.

He challenged the county boss to show the scorecard to the people and advised him to retire in peace or face the wrath of the electorates for his ‘bad leadership.’

Blow to UDA as four Narok leaders decamp to Azimio