Post-catch losses 70% in Lake Turkana, lack of storage and markets

•   The  problem is attributed to lack of cold storage, difficulty accessing market and substandard fishing gear 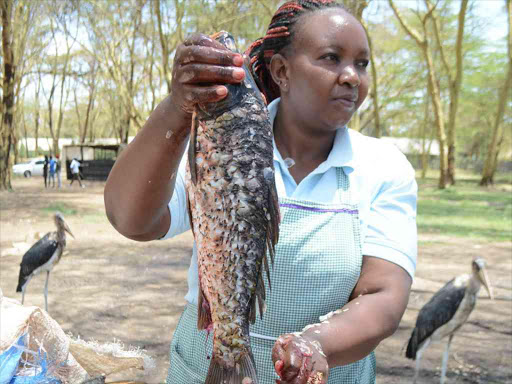 Post-catch losses around Lake Turkana amount to about 70 per cent due to lack of cold storage facilities and difficulty accessing markets.

The Intergovernmental Authority on Development (Igad) has raised  concern over the high post-catch losses incurred by the fishing community around Lake Turkana.

The regional organisation said losses stand at about 70 per cent, mainly due to lack of cold storage and difficulty getting to market.

The problem was discussed during a coordination meeting between senior officials from Kenya and Ethiopia over the status of the fisheries sector around the Omo-Turkana basin.

He addressed the press during a retreat in Naivasha.

He said the environment programme, which supports fishing communities around the basin, would also look into marketing issues.

"The high losses in Lake Turkana are mainly due to the high temperatures," Dejan said. "Kenya and Ethiopia are looking at ways to address this."

Eshete said Igad has a three-year programme to empower fishing communities through the creation of co-operative societies.

“The two countries should address the increasing use of undersize mesh nets by making sure that the laws are implemented,” he said.

Director of Fisheries Rodrick Kundu said the lake has high potential that has not been fully utilised.

Climate change is the major challenge facing the lake, with harsh weather leading to a drop in water levels, thus reducing breeding grounds.

“Lake Turkana has over 60 species and 20 of them have been exploited for years, while a rise in water levels led to destruction of infrastructure around the lake,” he said.

Kundu said as the government improved infrastructure, there is hope of reducing post-harvest losses and increasing prices.

Igad head of mission in Kenya Fatuma Aden said small and inadequate fishing boats and gear has kept the fishing community from reaching parts of the lake.

“Fish is very nutritious and a source of revenue,” she said.

A senior officer of Ethiopia's Water ministry, Michael Moges, said coordination by the two countries would address the problems.

“The fisheries sector in the Omo-Turkana basin is not well organised," he said. "Hence, the need to form cooperative societies to assist fisherfolk to sell their catch,” he said.

The right size of gillnets would ensure that fish stock is not depleted.
Counties
8 months ago