•Lenku claimed that the bridge only tilted on the central pier.

•Nkedianye claimed the collapse of the bridge is symbolic of a rumbling regime as it exits power. 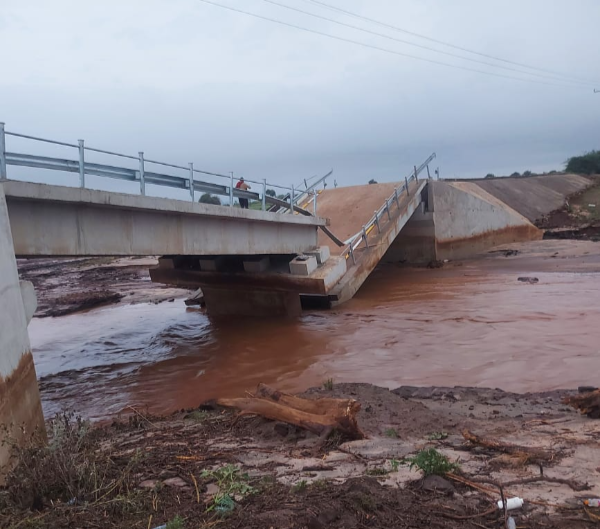 The Paai bridge on Thursday morning after the floods had subsided.
Image: KURGAT MARINDANY

Governor Joseph Lenku is now blaming God for the collapse of the Paai bridge on Thursday after a heavy downfall in the central parts of Kajiado.

“This is an act of God, but we will not leave anything to chance. We will do more reinforcement on this bridge,” he said in a statement read by county minister, Alex Kilowua.

The bridge, whose work started in May 2021, came down after the central parts of the county experienced a heavy downpour on Wednesday night.

But Lenku said that the bridge only “tilted” on the “central pier”.

“Those who were saying the bridge has been swept away are the same people who were against its construction,” he said on Thursday evening.

He insisted that what caused the collapse of the bridge is the floodwater that weakened its central pier making it fall on one side.

“This happened because of the loose soil that was exacerbated by the rising waters caused by the heavy downfall,” he added. 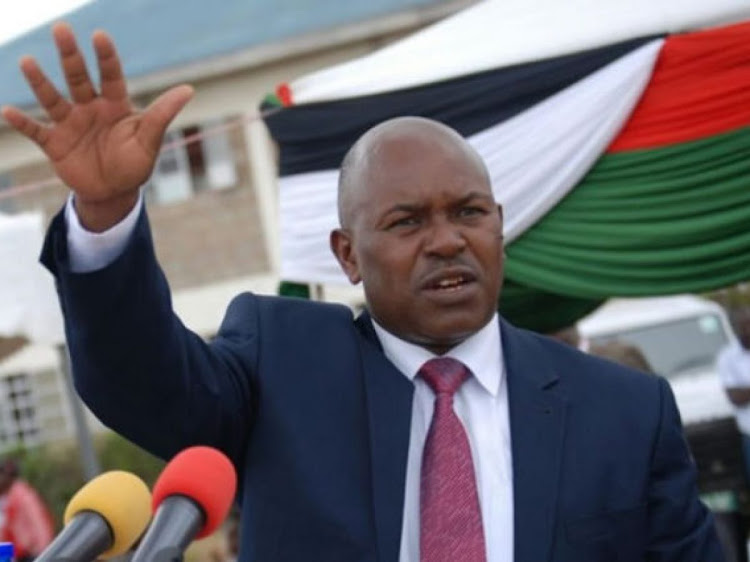 Lenku said the Sh100 million used in the construction of the bridge is not lost because the constructor was still on the ground, doing final touches when the bridge collapsed.

“He will start the work on Monday as agreed without any further spending by the county government,” Lenku said.

Former governor David Nkedianye on Friday called on EACC to investigate the sum of money spent on the collapsed bridge.

“It is sheer incompetence and corruption. No oversight, both from the Senate and the County,” said Nkedianye.

He claimed the collapse of the bridge is symbolic of a rumbling regime as it exits power.