Ekal had announced his interest to succeed Governor Nanok but later shelved his ambition.

•Over the weekend, Senator Ekal ditched the UDA party and joined the Azimio la Umoja movement. 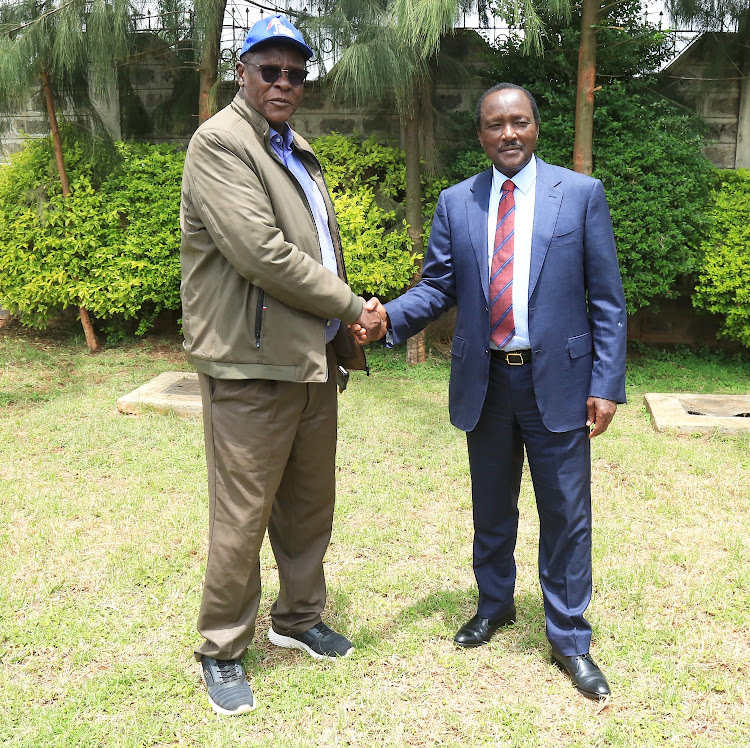 “Today, we welcome Turkana Senator Ekal to the Wiper party. The Buffalo gang is growing,” he said on his Twitter official handle.

Over the weekend, Senator Ekal ditched the UDA party and joined the Azimio la Umoja movement. He was welcomed by the former Cabinet Secretary for petroleum John Munyes during his homecoming party at Lodwar.

Ekal had announced his interest to succeed Governor Josphat Nanok but he shelved his ambition.

Ekal, who was elected in 2017 on the ODM party ticket, had said he will defend his seat on the Azimio la Umoja movement ticket.

“You all know that I was in UDA party. Deputy President William Ruto had urged leaders to join the UDA party and I was among the leaders who joined the party,” he said, adding that he was not pleased when DP Ruto appointed Governor Nanok to head his campaigns.

“I have official decamped the UDA party to join Azimio la Umoja and I’m convinced that the Azimio la Umoja will form the next government and serve the interests of our people,” he said.

Another elders' faction said their role is not to endorse, only to bless the nominee.
Counties
1 year ago