University illegally used Sh1.5bn on digital learning, according to audit

•She said available information indicated that the parts were directly procured from an international company. 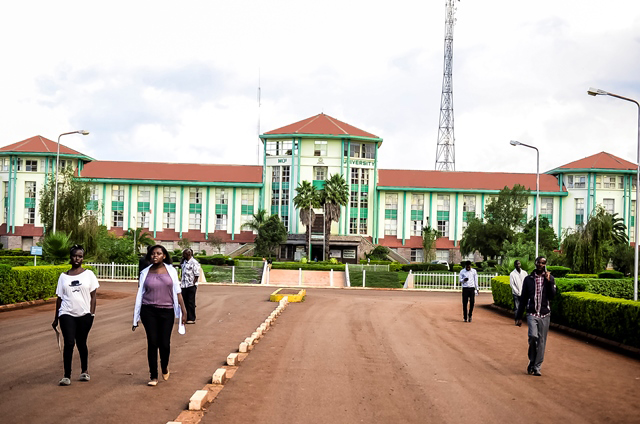 Auditor General Nancy Gathungu has queried the use of more than Sh 1.5 billion by Moi University on the Digital Learning Project, supplying laptops to school children.

Gathungu in her latest audit report for Moi University for 2019-20 said the university breached the law in tendering for the project that was funded by the national government.

The university is headed by VC Professor Isaac Kosgey.

Gathungu said  the expenditure related to supply of parts to assemble PC tablets such as solar chargers, power banks and mobile devices. They were also used for the 2019 Kenya Population Housing Census and Digital Literacy Programme.

She said available information indicated the parts were directly procured from an international company.

Gathungu said the prevailing conditions did not meet the conditions set out in Section 103(2) of the Public Procurement and Asset Disposal Act, 2015 for direct procurement.

“Further, tender documents, inspection and acceptance reports and interim and completion certificates were not availed for audit verification," Gathungu said.

The University was therefore, in breach of the law, according to the audit.

At the same time the auditor said the consolidated statement of the financial position of Moi University reflected a total current liabilities balance of Sh5.7 billion that exceeded its current assets balance of Sh5.2 billion.

“The university is therefore, technically insolvent and may face financial challenges in settling liabilities as and when they fall due,” Gathungu said.

In the circumstances, she said the going concern of the university in absence of continued support from the government and creditors is in doubt.

Gathungu said the total balance of Sh3.3 billion included Sh4.1 million related to payment of wages for 44 casual employees who were not recorded in the master roll.

Further, available information indicates the university had engaged 736 casual employees for more than three years, some having worked for 25 years .

This, the auditor said, was contrary to Section 37 of the Employment Act, 2007 and Section 2.3.4 of the University’s Human Resource Policy Manual.

Further, she said the casuals had been performing tasks that were long-term in nature and consequently, the university was in breach of the law and labour regulations.

Moi medical school back to normal as students return

• Student leader Ryan Wandia said they were happy the varsity signed an agreement to pay more than Sh200 million demanded by doctor-lecturers as ...
Counties
7 months ago

Dr Racheal Gitonga is joining three others in UDA who have declared interest in the governor seat.
Counties
7 months ago

200 doctors-lecturers demanding varsity give them money released by Treasury.
Counties
9 months ago