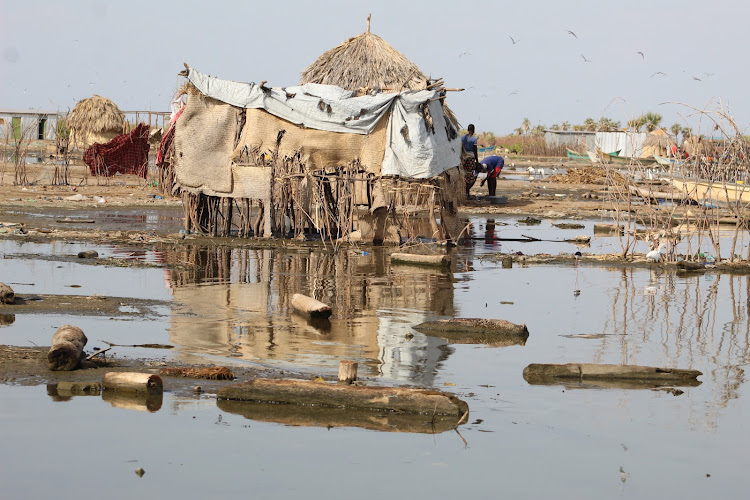 People along the shores of Lake Turkana are living in fear and counting huge losses caused by rising water.

Fishermen, traders and others say their livelihoods are ruined by the  surging lake.

Residents who spoke to the Star say since March  2020, Lake Turkana's water levels have been rising, making most fishing impossible.

Last year, the authorities said the water had surged to unprecedented levels from 500 metres to 800 metres, submerging beaches, hotels, homes and government offices.

The situation has increased attacks by hippos and crocodiles.

The county government said 24,320 people have been displaced.

Traders and fishermen say their nets and boats have sunk.

“The lake is still swelling. We are worried about what is going to happen next. We depend on fishing for survival but since the lake started swelling we cannot risk dropping fishing nets in the water,” he said.

Many people are jobless since businesses have closed, he said.

Ewoton appealed to the Kenya Tourism Fund mandated to support hotels and restaurants, to disburse money to business people in Turkana to revive their businesses.

Dennis Biwott, resort manager at Eliye Springs, said in 2020 things were well until Covid-19 came. the rising waters made for a double tragedy, he said.

“In March 2020, the lake rose so much that it affected our business and destroyed property worth millions. Seven exclusive cottages worth Sh5 million were submerged by ragging waters," he said.

He said the resort lost two boats worth Sh5 million.

"It's our humble request to the Kenya Tourism Fund to help us with soft loans to revive our business," he told the Star.

In 2021, Governor Josephat Nanok warned people living and trading along the shores of Lake Turkana to move inland to avoid loss of lives and property.

Fishermen say it has led to disruption of the fishing and business sectors which sustain the county.
Counties
1 year ago