Keter: I’ll build bridges among urban and rural if elected

Said he was part of UDA founders when occassion came.

• Former Devolution CS said he will take the Kericho county to the greater heights of development if the residents give him the mandate to govern them.

• Keter said that he is ready to use the experience that he has gained over the years in government to impact the livelihood of Kericho people. 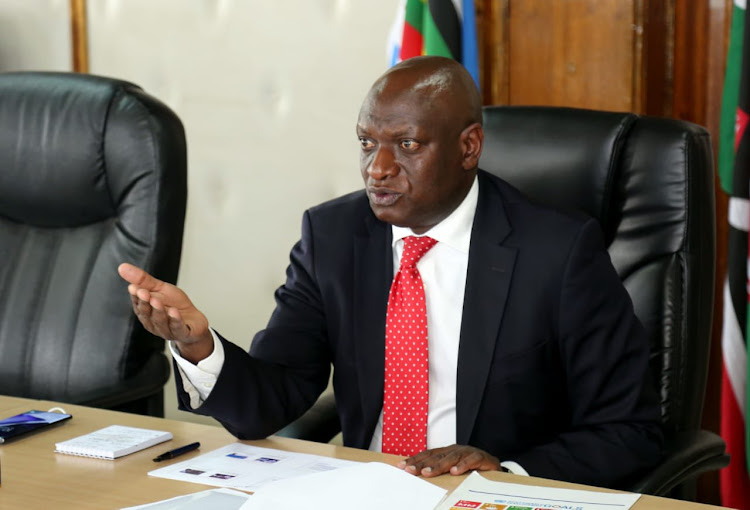 Former Devolution CS Chares Keter has tabled his agenda for the people of Kericho, where he is eying the gubernatorial seat in the August 9 General Elections.

Keter tendered his resignation as a public servant on February 8 among other officials who are interested in various political seats in the country.

In a statement on Thursday, Keter said he is ready to use the experience that he has gained over the years in government to impact the livelihood of the Kericho people.

He said his main agenda is to build bridges between the urban and the rural areas and bring closer divergent views that the residents have and how they would like to be solved.

“Over and above public administration, and providing quality services to the county, my administration will ensure the county government represents the values you cherish as electorates,” Keter said.

Keter said that he will take the county to the greater heights of development if the residents give him the mandate to govern them.

“I would bring everyone on board, and we would walk this journey of development side by side to achieve our great county’s maximum potential through public participation, transparency, accountability, and inclusiveness.”

He said that he is among the leaders who stood by Deputy President William Ruto to form UDA when the moment of the occasion came.

“…once again, we stood with Deputy President and our people to organise, and set up a new home United Democratic Alliance, of which I am a founder member and a loyal supporter.”

Keter, who also served as Energy CS said that during his leadership in the Energy sector, the country’s electrification rate hit 75 per cent in early 2021, up from 53 per cent in 2016.

He added that Kericho residents were not left behind by his transformative achievement in the Energy sector.

“Looking back, I have no regrets but only gratitude for the opportunity that I was given to serve. I would wish to give back to the community that has made me who I am today.

Keter on Tuesday resigned to focus on his bid to become the next Kericho Governor.
InPictures
7 months ago

He is the first Cabinet secretary to resign.
News
7 months ago
Post a comment
WATCH: The latest videos from the Star
by KEVIN CHERUIYOT Online Journalist
Rift Valley
10 February 2022 - 18:27
Read The E-Paper