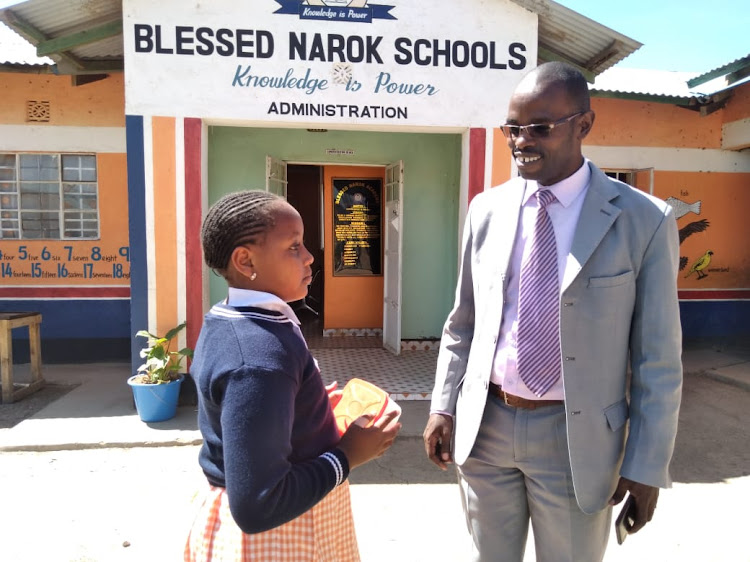 A head teacher has urged education stakeholders to embrace the Competence Based Curriculum, saying it has numerous advantages over the old 8-4-4 system.

Gidraph Ikenye, head of Blessed Narok School, said the new system gives opportunities to all learners to explore their talents to full potential.

Speaking to the Star, Ikenye said if a school performs well, students admitted under the CBC system will excel.

“This means that even a student who may be considered useless by the society because they did not pass their exams has an opportunity to become somebody great,” Ikenye said.

The introduction of 2-6-3-3 has received a lot of reactions from the public and provides an opportunity for many to reflect on the 8-4-4 system where ranking and cutthroat competition are the mark of excellence.

On school unrest, Ikenye called on the society to take collective responsibility in nurturing children and instilling morals in them.

He asked the parents not to point fingers at teachers because children come from a family, which is the first school for a child.

The school head commented on the increasing use of technology which exposes pupils to pornography through the internet. He urged all parents and guardians to monitor what their children watch on their phones.

However, Ikenye noted that there are so many beneficial programmes on the internet that can help children build their talents.

Stage set for roll out of CBC to Grade 6

CBC: No changing school once in Grade 6

Transfers will only be admissible to learners in between Grade 1 and 5.
News
4 weeks ago

Says this to ensure fair play among learners from both ‘poor and rich’ families.
News
1 month ago
by KIPLANGAT KIRUI Correspondent
Rift Valley
12 January 2022 - 22:00