Sankok to Raila: TJ Kajwang was arrested, Miguna exiled, what about you?

He has lined up lawyers to challenge Raila's presidency.

• He added that the move is aimed at protecting the country from getting bad leaders who are only thirsty for power at the expense of millions of Kenyans.

• Sankok dismissed the assertion that his move to court means that UDA fears Raila. 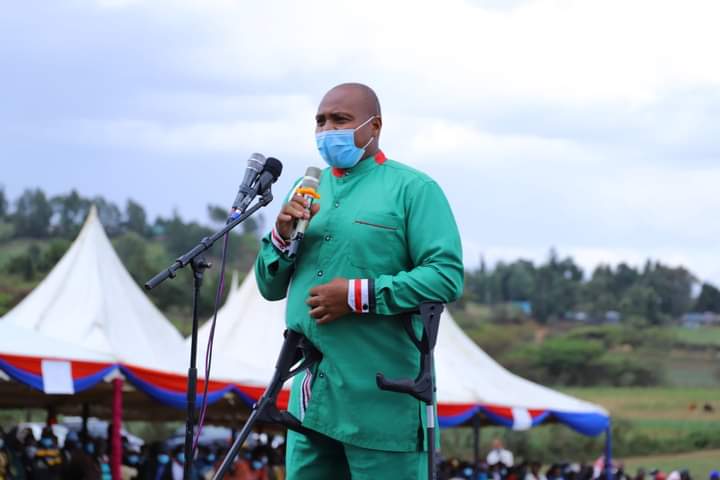 Nominated MP David Ole Sankok is planning to move to court next week to block ODM leader Raila Odinga from contesting the presidency in this year’s polls.

Sankok said Riala's involvement in an attempted coup in 1982 and his swearing-in as the people’s president in 2018 disqualifies him from the presidential race.

Addressing the press at Osim Country Lodge in Ewaso Nyiro, Narok County on Tuesday, Sankok said those who executed his swearing ceremony are now facing cases before the law of court and the Raila should not be exceptional.

“Ruaraka MP TJ Kajwang was arrested and charged for administering an unlawful oath ceremony while lawyer Miguna Miguna was deported for these crimes they committed. What we are wondering is why they did not arrest the key perpetrator by the name Raila Odinga who went ahead and swore himself, and that amounts to treason,” Sankok said.

“This is the reason why I have prepared a battery of lawyers to move to court to bar him from contesting to be president on August 9 because it amounts to criminal charges which he committed twice, elections,” said Sankok.

Sankok is representing people living with disabilities in the National Assembly.

The MP also claimed that if Raila wins the elections, the army will not hand over power to him.

“And if they hand power to him, the army would have set a bad precedent to all the presidential losers that they can swear themselves and later contest for the same seat without any problem,” he said.

He added that the move is aimed at protecting the country from getting bad leaders who are only thirsty for power at the expense of millions of Kenyans.

“If not for the law, the country would have had two presidents which are totally wrong for such leaders. That’s why they should not be allowed to take over the leadership of this country,” said the MP.

He dismissed the assertion that his move to court means that UDA fears Raila.

“We are ready to face him in the ballot but we want to question his eligibility to vie for the presidency after we witness the selective application of law here just because of a handshake,” he remarked.

His sentiments come at a time when activist Okiya Omtatah has moved to court seeking to block DP Ruto's presidency.