I am to young to retire, Mandago tells critics 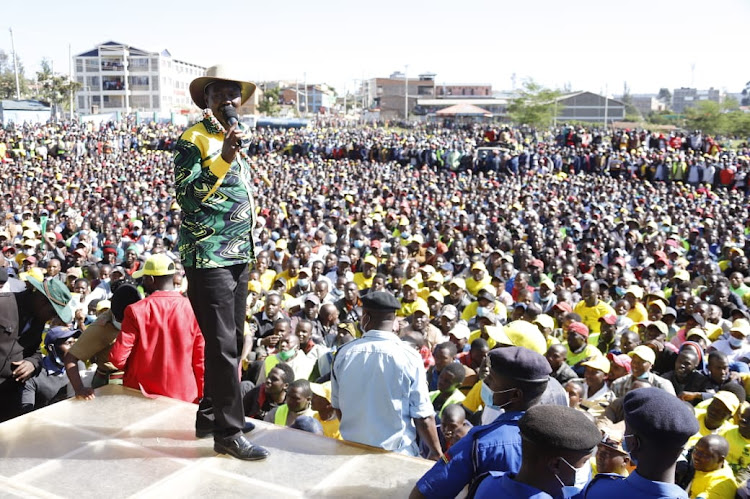 Outgoing Uasin Gishu Governor Jackson Mandago surprised the public in Eldoret when he told off his critics prodding him to retire from politics when his second term ends.

Mandago said he was not ready to retire from politics.

He has instead vowed to criss-cross the county to hunt for votes in his bid to win the Senate seat currently occupied by Prof Margaret Kamar.

“Where do you want me to go at my age when my two terms in office as a governor come to an end in August?

"I am still young and energetic and furthermore I am not yet qualified to benefit from the Sh2,000 monthly stipend that is being given to the elderly persons by the government,” stated Mandago.

He asked the residents of the county to elect him as their next senator saying that he has the solution for the delayed disbursement of funds to the devolved unit by the National Treasury.

“I know how I will engage with the National Treasury with a view to expedite the release of monies running into billions of shillings to counties because the current senators are sleeping on their job. That is why mega projects initiated by the counties have stalled,”said Mandago.

The governor has already printed dozens of campaign materials and distributed them to his supporters ahead of the official campaign period for aspirants running for various elective seats across the country.

“My development record speaks for itself and I have all the confidence that come 9th August, I will be declared the Senator of Uasin Gishu County,” he said.

The outgoing senator is yet to declare her political stand on whether she will defend her seat or challenge for the coveted gubernatorial seat in the coming general election.

Mandago also noted that he will not be distracted by his critics who he claimed were scheming to undermine his campaign programme.

ANC chief Mudavadi and Kesses MP Mishra are some of those being wooed by the governor.
Counties
1 week ago
by JESSICAH NYABOKE
Rift Valley
11 January 2022 - 22:00