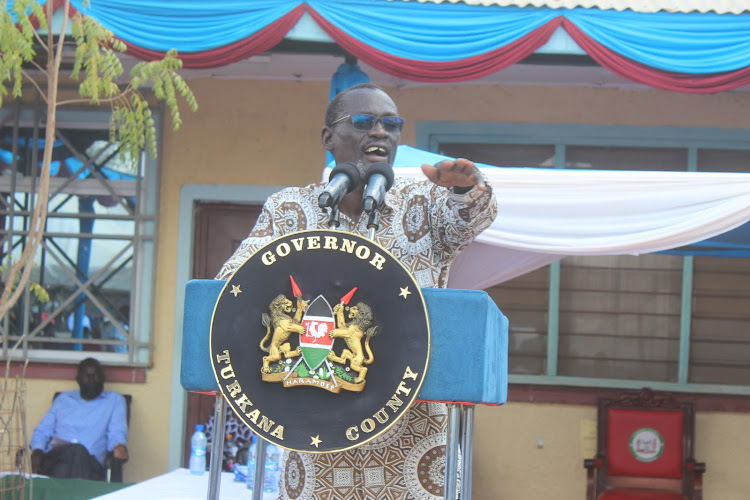 Governor Josphat Nanok has urged county officers to invest in business and desist from the habit of buying expensive vehicles and houses.

Nanok spoke during the swearing in of county executives and chief officers at Lodwar county headquarters.

The county boss said officers compete spending their salaries on expensive vehicles and houses rather than investing in business to generate income.

“Their work after getting a salary is to check who has opened a petrol station and they do the same. They look who has bought a V8 vehicle and they buy the same or they buy even a better one," he said.

"They also check who has built a good house and they build the same house or even better.”

Nanok urged the county officers to lead in terms of investing in business to generate income.

“Instead of buying a vehicle that costs Sh6million, buy three motorboats and put them in Lake Turkana as investment,” he added.

He urged them to discharge their responsibilities with commitment, diligence and accountability.

“I am committed to ensure that the county government continues to provide services to residents, and implement development programmes, including completing ongoing projects before the end of my term.”