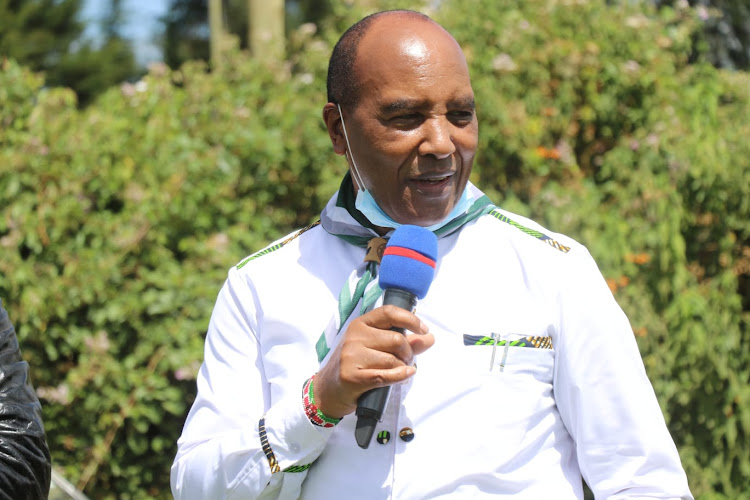 As the storm rages over KFC's statement about potato shortage, the Nyandarua government has offered a partnership with the firm.

Governor Francis Kimemia said his administration was ready to engage with stakeholders, including KFC, on the best strategy to assist farmers produce quality potatoes for the table and processing.

The governor said he was ready to facilitate a direct engagement with farmers who could can be contracted to produce quality potatoes. He called that a win-win situation for both sides.

"The [KFC] statement was insensitive to farmers who have put every effort into producing quality potatoes, especially in Nyandarua," he said.

"We are the largest producer at 550,000 metric tonnes annually and grappling with marketing challenges. But this gives us an opportunity to reflect on the light of farmers," the governor said.

Kimemia said a  holistic approach was needed to ensure that potato farmers across Kenya reap from their sweat.

He urged the government to help, saying  it was duty-bound to protect farmers’ interests by ensuring that imports of readily available produce was prohibited or discouraged.

The local franchise of the American fast-food chain has said it is unable to satisfy the local demand for chips due to a delay in the shipment of potatoes.

The statement has gone viral and Kenyans are asking why it needs to import potatoes.

Kimemia said for the past few years, his administration has been involved in rigorous capacity-building among farmers to help them grow quality potatoes.

The county is working in partnership with the German Agency for International Cooperation (GIZ) and the International Fertiliser Development Centre (IFDC).

"Farmers have been trained in good agricultural practices and linked them with relevant value chain players," he said.

It provides farmers with higher quality certified potato seeds, free from diseases such as bacteria wilt and rot.

"The unit is doing rapid multiplication of seeds using tissue culture, aeroponics and hydroponics technologies. They complement an initiative by the national government in partnering with the county at the National Youth Service Tumaini unit," the governor said.

Kimemia said with the help of development partners, Nyandarua has new exotic varieties that include Markies, Destiny, Caruso, Jelly, Rudolf, Unica, Panamella, Java and Dutch Robin, among others. The variety provides choice between table potatoes and processing varieties.

He observed that some of  varieties are the same ones being imported from Egypt, South Africa and other countries.

The Governor said a Sh100 million 1,000 metric tonnes cold storage facility in Ol’Kalou was almost complete. He said it would prevent post-harvst losses by farmers.

Kenyans furious as KFC runs out of imported potatoes for chips

"Sorry! Our team is working hard to resolve the issue," KFC said.
News
7 months ago

The fast-food outlet announced that it had run out of stock on Monday.
News
7 months ago

Proposed cemetery 'for the rich' to be turned into industrial park