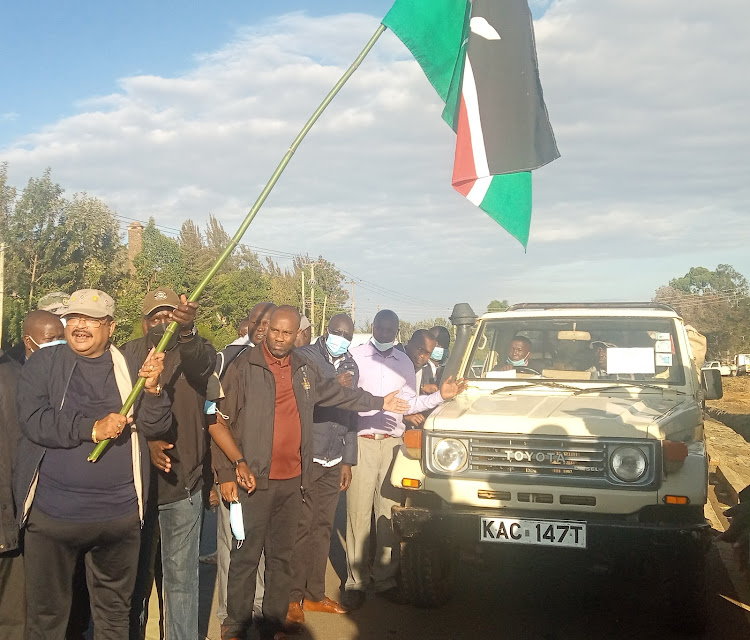 Kesses MP Swarrup Mishra has declared that he will defend his seat in this year’s general election despite pressure to join DP William Ruto’s camp.

Mishra did not however indicate the party he would use to defend the seat which he won through Jubilee Party in the last election.

He is among the MPs in the region who have not joined Ruto’s United Democratic Alliance camp and have been under pressure to join ahead of the polls in August.

“I am prepared to defend the seat and I believe the people of Kesses will still work work with me so that we can do more to fight poverty and other challenges," Mishra said.

The pressure to join UDA boiled up last month when Ruto visited the constituency on November 23 last year where the MP was heckled and forced to cut short his speech by crowds at a rally held a Chebolol.

“Even if you heckle me, I will remain a Kalenjin and one of you,” Mishra said.

Speaking on New Year eve, Mishra said he has no grudge against any one and would still work well with the people of Kesses.

He was speaking at his home in Eldoret town where made a rare gesture after he distributed Christmas shopping worth millions of shillings to more than 10,000 residents of his constituency in Uasin Gishu county.

“We know there are many people who are less fortunate among us and we have to ensure that we share with them whatever God has given us as we start the New Year,” the MP said.

Mishra is known to be wealthy and generous.

Analysts in the region argue that he has also performed well in his constituency and could be re-elected even if he contested as an independent candidate against a UDA candidate.

He has used personal resources to initiate community projects in the constituency valued at more than what the CDF kitty is allocated in the area.

Mishra is also the proprietor of the Mediheal Group f Hospitals located in the East African countries.

The MP, along with Sila Tiren of Moiben and Joshua Kuttuny of Cheranganyi, are the only ones yet to join Ruto’s camp.