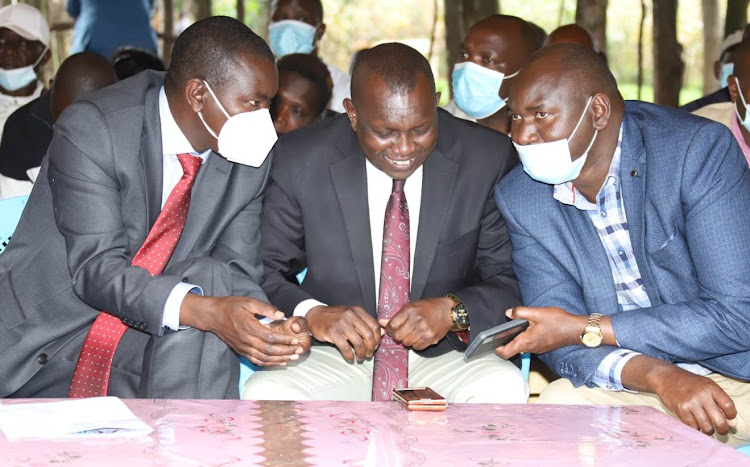 Political and church leaders in the North Rift have pledged to focus on peace and unity as the country ushers in the New Year.

“We head to the polls in the New Year and all of us want peace and unity which we must work for at all times, especially for those who will be busy campaigning to look for votes,” he said.

The cleric said political leaders should avoid incitement and use of hate speech during campaigns and the youth should not accept to be used to cause chaos.

“We must be tolerant of each other because we are a democratic country and divergent views should be allowed without people resorting to violence or uncivilised ways of carrying out politics,” Kimengich said in his office in Eldoret.

“It does not matter who wins or where you are, the most important thing will be peace and unity. No one should be allowed to use any means to cause divisions among Kenyans and all of us are free to live anywhere in this county as stated in the Constitution,” Sudi said.

Sudi, who spoke at the UDA office in Eldoret, said youth in the region should not be used to harass aspirants seeking elective seats.

He condemned last week’s incident where Uasin Gishu governor aspirant Julius Bitok was harassed by youth in the town.

“That is primitivity and we don’t want to see that again. Let all aspirants campaign freely and then you will decide on who to vote for during the elections,” Sudi said.

Mandago said elections are a one-day event that should not be used to cause animosity among Kenyans.

He said leaders in the region had agreed that never again would elections be used to cause violence among Kenyans.

“We must preserve and protect the unity, peace and dignity of our country as we head to the polls. Kenya should emerge stronger from the polls and that will only happen if we prove to the world that we are peaceful and a strong democracy,” Mandago said.

“Elections are a critical period in our country and we will go out there to work with everyone in ensuring that we remain one people. No individual interests should override the importance of this country as our motherland,” he said.

• Bomet national youth council coordinator Bernard Koech on his part appealed to the members of the public. • They said that the youth are soft ...
Counties
7 months ago

Sudi tells Mandago not to run for Senate, Mandago tells him he can't run politics.
Counties
7 months ago

Says no part of the country should be off-limits.
Counties
8 months ago

Says the youth should not allow politicians to misuse them to cause chaos
Counties
8 months ago
by MATHEWS NDANYI
Rift Valley
30 December 2021 - 22:00