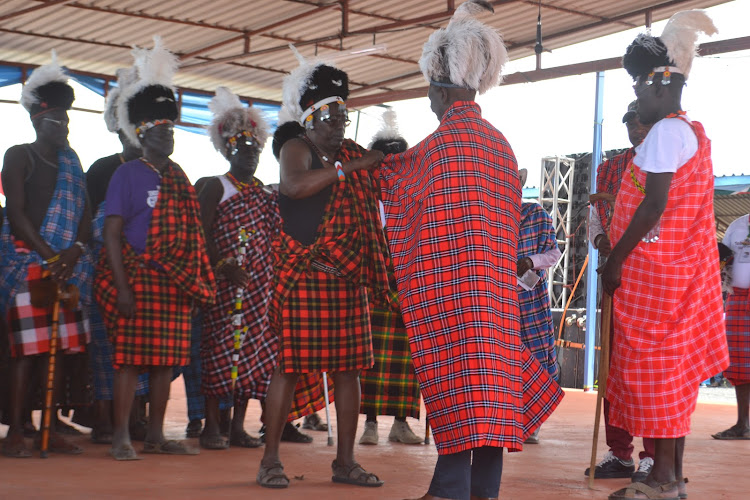 What's more important? Throwing the Turkana Culture Festival or using the money to feed hungry families suffering in the drought?

He pledged on Sunday to block the festival, saying it's not a priority for residents who are starving.

Turkana county government is preparing to host its local, national and international neighbours for the sixth edition of Turkana Cultural Festival known as Tobong’ulore (Welcome Back Home) from December 9 to 11.

The budget was not disclosed but three years ago it was Sh20 million.

Speaking to journalists at Lodwar, the lawmaker wants the planned festival to be scrapped and the budget redirected to provide basic needs for residents.

He said the drought was declared as a national disaster and Turkana is among the counties ravaged by drought and hunger, therefore, it’s not important to celebrate the culture before survival.

“We are against plans for Tobong’ulore. We can’t celebrate our culture when people are starving. The funds allocated for the festival are clearly a misuse of public funds," he said.

“We are ready to protest and prevent them from holding it. We are not going to stop it for our interests but for the benefit of people who have no clean water, food, healthcare and other basic needs.

Lomurkai said he will lead protests to stop the festival by obtaining a court order or blocking the route that connects the airstrip to the Ekalees Centre to stop the movement of people.

In a response, John Emeripus, Turkana director of public communications and media relations, said the MPSs' reasons cited for suspension of the event are are insufficient to warrant cancellation or postponement now or in the future.

“The self-seeking group also cited the current drought as a reason to justify their agenda. It must be noted that Turkana is just one of the 12 other counties suffering from drought.

“According to NDMA, the drought is at the alert and not alarm stage as purported. The county commenced drought response measures long before the festival and shall continue until the rains come," he said.

He said the postponing the event festival will erode all the gains likely to be made from hosting it.

“Think of the enormous boom in the hospitality, trade and tourism industry over the one week period. Going by past events, evidence of increased economic activities cannot be wished away by citing flimsy and confused justifications,” Emeripus said.

He said wishing away the festival is akin to burning the boardroom for negotiating peaceful co-existence for the cross-border communities involved in the festival, including Kenya, Uganda, South Sudan and Ethiopia.

He said since the onset of Tobong’ulore in 2014, hostility has been reduced and peace must be safeguarded.

"The festival also raises the profile of Turkana as a cultural entity and establishes the Ateker ties that promote East African citizenship for trade, tourism and peace building opportunities."

Emeripus said Tobong'ulore is no longer a festival but an institution in itself. While culture is celebrated, important traditions learnt are passed on to the younger generation. The side meetings on shared problems to find workable solutions makes the calls for postponement a  joke."