• Bitok says Kenya’s image abroad should remain positive as the country goes through the election period, needs to attract investors.

•He is among two envoys who have stepped up campaigns for the UDA ticket in the race to succeed outgoing cGovernor Jackson Mandago in Uasin Gishu. 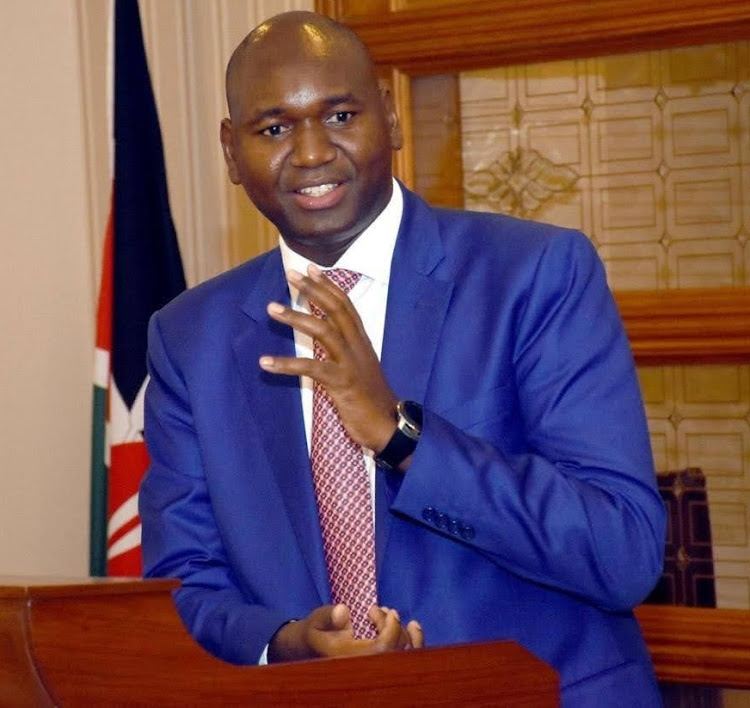 Kenya’s envoy to Pakistan Julius Bitok is calling for peace and unity before, during and after the 2022 electIons to attract more investors.

He is among two envoys who have stepped up campaigns for the UDA ticket in the race to succeed Governor Jackson Mandago in Uasin Gishu.

Bitok and envoy to China Sarah Serem are among six top contenders for the seat to replace outgoing Mandago.

Bitok appears to be leading the  pack as local analysts suggest he stands a strong chance to win the UDA ticket in a tight race.

“This is the second time Bitok is running and as an envoy he has gained a lot of experience and good opinions among residents giving him a head start to win the UDA ticket,"lecturer Ben Kiptoo told the Star.

But there's still a lot of time and all aspirants and their agents are on the ground, aggressively seeking support.

Businessman politicIan Bundotich Kiprop, also known as Buzeki, will be running for governor as an independent. A section of leaders are backing Bitok as the best choice to face off with Buzrki.

Bitok has camped in Uasin Gishu where he has unveiled a master plan for the county.

After serving for nine years as an envoy, Bitok is now considered a front runner among six other aspirants.

“I have served this country as an envoy and gained necessary experience and international networks that I will use to take Uasin Gishu to the next level," Bitok said.

He says his county master plan has three pillars, including agriculture, development of trade and job creation for youth.

“I aim to focus on job and wealth creation for the people of Uasin Gishu through economic growth plan," Bitok said.

In Pakistan, he helped to increase Kenya’s tea exports to the Asian nation.They almost doubled. He was awarded a Moran of the burning Spear award by President Uhuru Kenyatta.

The UDA aspirants are criss-crossing the county to sell their agenda as they seek to take over from Mandago.

Bitok came second to Mandago during the Jubilee primaries in 2012. He has not only a long stint in public service and strong international networks, but he is also an expert and a well-known educationist.

• Most aspirants seek parliamentary and MCA seats; UDA is dominant and DP Ruto is gunning for the presidency.  • Ruto has promised primaries will be ...
Counties
6 months ago

Pakistan envoy unveils a plan of how he would transform the county.
Counties
6 months ago

DP Ruto has said nominations will be free and fair, no favourites.
Counties
5 months ago

Serem has joined UDA, served as ambassador to China and headed SRC.
Counties
5 months ago
by BY MATHEWS NDANYI
Rift Valley
06 December 2021 - 22:00