• He said residents should use alternative means to resolve their differences, not engage in violence.

• Tunai said leaders from the two counties should be on the frontline preaching peace and reconciliation. 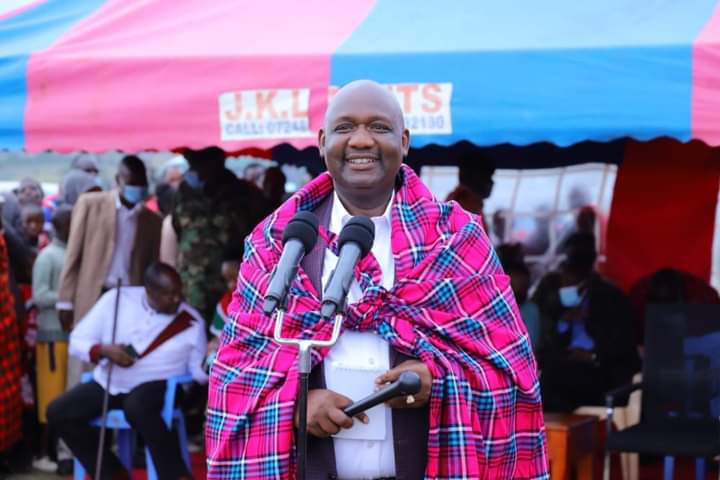 Narok Governor Samuel Tunai has called on communities living on the Narok-Nakuru border to maintain peace.

He said residents should use alternative means to resolve their differences, not engage in violence.

The governor spoke on Saturday at Topoti Primary School during a development tour of Oloropil ward in Narok North subcounty.

“As we approach the general election, there is a need for peaceful co-existence between the communities. A peaceful environment leads to a boost in development,” Tunai said.

He said leaders from the two counties should be on the frontline preaching peace and reconciliation.

“Tribalism has been overtaken by time and as leaders, we need to focus on creating unity among residents,” Tunai said.

The governor urged the youth not to be misused by politicians who are out to take advantage of them to get elected.

The border area has in the past experienced on and off skirmishes that turned bloody, forcing the government to increase security in the area.

In September, a high-level delegation of leaders from Nakuru and Narok counties held a peace meeting in Likia to resolve protracted ethnic clashes along the Mau Narok-Narok North border.

The meeting, led by Nakuru Governor Lee Kinyanjui and Tunai, was the second after a closed-door session was held in Naivasha following the killing of seven people in two months. Among the seven were four children.

Governor Tunai observed that the fights along the Likia-Logman border within Eastern Mau were caused by cattle rustling, grazing and water disputes.

“We are not going to continue seeing people dying just because of grazing or water rights, because life is sacred and no one is supposed to take the life of another human being,” he had said.

Representatives of the National Cohesion and Integration Commission attended the meeting.

“This is why the leaders here present, including MPs and MCAs, have convened this meeting to say that they are not going to allow any more killings along the border,” the governor said in September.

Tunai wondered why the border of two highly cosmopolitan counties was bringing challenges in a largely peaceful community.

He said leaders from the two counties had deliberated on the issues with the help of their security committees and would flush out criminals who were disturbing peace-loving communities in the affected areas.

In June, the government through Nakuru county commissioner Erastus Mbui, banned all human activities in Eastern Mau Forest Complex after three teenagers aged between 14 and 17 years were killed in the Logman block.

Three others sustained injuries during a raid, which was blamed on assailants from Narok.

Meanwhile, Tunai on Saturday challenged women and youth to go for elective seats in the next year’s general election.

He said just like men, women and youth have the right to contest for any seat.

“We need people to vie for any seat and women and youth should come up and fight for seats,” he said.

Post a comment
WATCH: The latest videos from the Star
by KIPLANGAT KIRUI Correspondent
Rift Valley
05 December 2021 - 22:00
Read The E-Paper