Salat claimed settlers have genuine title deeds, Ruto should have fought for compensation

• Salat asked why the DP has failed to support compensation for the settlers by allocating budget funds, yet he has been in office for almost 10 years.

• He was responding to DP’s comments in Narok county on Monday when he said no evictees will return to Mau forest after they were removed two years ago. 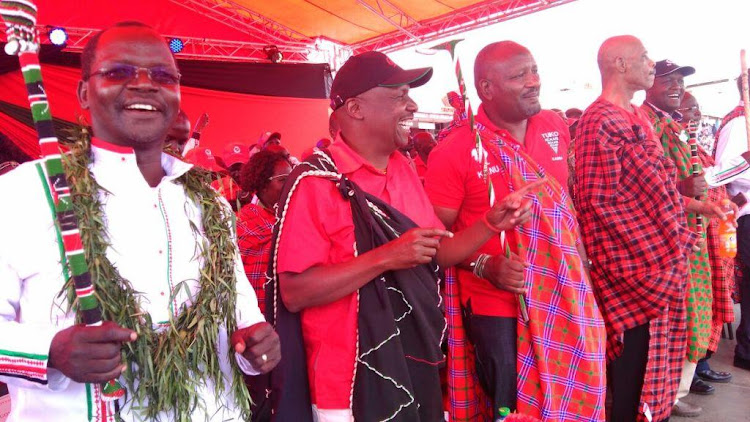 Salat asked why the DP has failed to fight for compensation for the settlers by allocating budget funds when he has been in office for almost 10 years.

He was reacting to the DP's comments in Narok county on Monday when he said no evictees will return to Mau forest after they were evicted two years ago.

Illegal settlers, some of them with fake title deeds, were evicted in an operation to save the badly degraded water tower and catchment area.

“It is now clear the DP does not have the interests of the people at heart and the Kalenjin community should know that because the writings is on the wall. He only used the Mau issue to advance his own political interests,” Salat told the Star on the phone.

He said the Deputy President makes such comments without appreciating that people have lost a lot of money and their livelihoods.

“He has been quiet on the Mau evictions, only to resurfaces and say he is pro-conservation. That to us is a wolf in sheepskin,” Salat said.

The secretary general said it is now clear the DP is not the leader to take the Kalenjin community and Kenyans at large to the next level.

He said the settlers have genuine title deeds and they have been experiencing great suffering since they were evicted from their former homes.

“Since they were evicted, the families’ lives were disrupted; the children have been denied their right to education and they are living in makeshift camps.

"The situation has been worsened by this coronavirus pandemic and the evictees have been losing their lives because they are spending their nights in the cold,” he said.

Salat added, “The reasons the people have been undergoing all these problems is that the leadership of the Kalenjin community failed to address their plights and instead focused on the 2022 polls at the expense of the people."

The former Bomet MP said the time has come for the Kalenjin community to seek alternative leadership to push their agenda in the government.

“Good leadership should find solutions to the problems affecting its people, rather than engaging in issues that at the end of the day will not benefit them,” Salat said.

On Monday, DP Ruto lashed out at politicians who use the Mau evictions from public land as a tool for political mileage.

Ruto said that Mau issue is a dead case as the illegal settlers have been removed from the forest to allow for the restoration of the country's biggest water catchment area.

“Those who were in the forest illegally have been evicted and the government will not allow anyone to return to the forest. Those spreading rumours about it have missed the point,” Ruto said.

He said leaders should not use Mau forest to drive a wedge between communities living in Narok county but instead they should work together on how to conserve it.

Ruto lashes out at politicians over Mau Forest restoration

He dismissed the assertion that he opposed the reclamation of the Mau Forest.
News
2 weeks ago

Rehabilitation of Mau water tower gets a boost