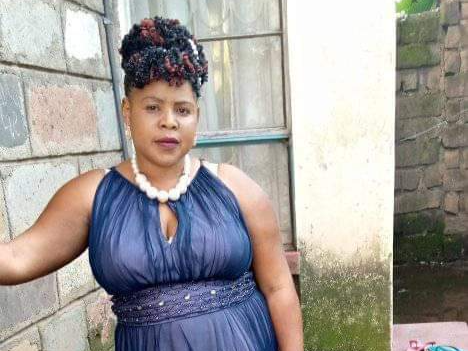 A Nakuru-based business woman who went missing more than a week ago has been found dead in a forest in Mogotio along the Nakuru-Baringo border.

Veronica Kanini Njuguna left her house at Mawanga Estate on November 12 at around 6:30am to go sell sofa-set covers in Mogotio town, never to return.

Her husband, Michael Njuguna said she sent him and a neighbour a message requesting them to urgently send her Sh3,000 because she was in hospital.

"When we called to enquire more about the hospital claim, she told me that she needed the money to enable her to leave the place she was in," he said.

Njuguna said the wife quickly added that she had been instructed to say that. Njuguna said his wife's phone was immediately switched off and a man ordered them to send the money to his phone.

"We sent the money and hoped that she would be released and her phone would be switched on but that was not the case, instead, even the suspect's phone was switched off," he said.

Njuguna narrated how the family has been making trips to Mogotio since Kanini's disappearance and how the phones were traced and the suspect arrested two days later on November 14.

"I confirmed that one of the phones that he was claiming to have bought was that of my wife but he refused to show the police where he had hidden her until Tuesday evening when he confessed to killing Kanini," said the distraught man.

The daughter, Rahab Wanjiru said she was the last in the family to talk to her mother on the fateful Friday as she escorted her to the terminal to pick a matatu.

She asked police and the Judiciary to ensure justice for her mother.

Mogotio Directorate of Criminal Investigations Officer, Luka Atumbo said the suspect confessed to the killing and led investigators to where he had hidden the body.

He said the body was partially buried in a bush and had started decomposing.

Atumbo said a postmortem examination on the body would establish the actual cause of death.

Cases of kidnapping and murders are on the rise countrywide with children and women being the main target.