•Mandago says while he supports DP William Ruto, Governor Kinyanjui is in the Raila Odinga camp but they agreed to partner and prioritise peace during the campaigns. 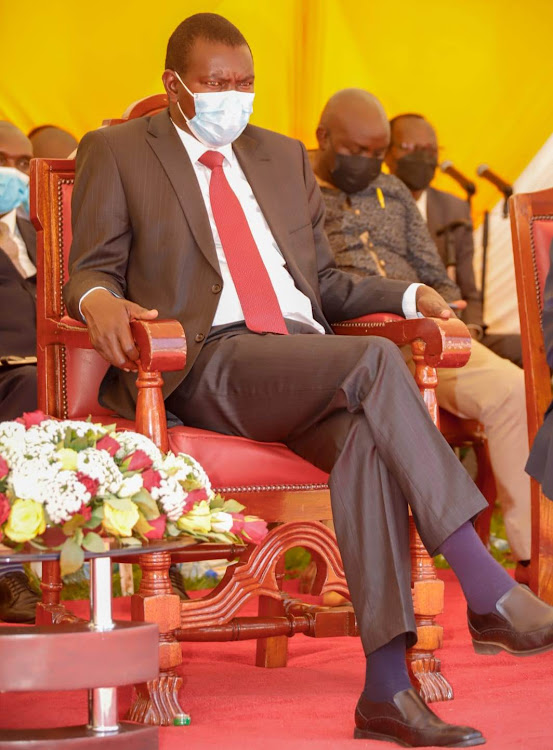 Uasin Gishu and Nakuru counties will partner for peace and unity ahead of the primaries and general election.

The governors of the neighbouring counties, however, said peace was their common and overriding interest.

The Uasin Gishu county boss said the two regions have affected by political violence but as leaders they would ensure peace prevails throughout the election period.

“I do not agree politically with my counterpart for Nakuru but we have agreed that peace will of great priority for our region and Kenyans will elect those leaders they want," Mandago said.

Kinyanjui confirmed that they had extensively been discussing how they will promote peace.

The Uasin Gishu county boss who is also chairman of the North Rift Economic Bloc (Noreb) said they had also asked all other aspirants to commit to peaceful campaigns.

“We agreed all aspirants, myself included, will ensure peace and civility during our campaigns," he said.

Mandago said elections should not cause divisions among Kenyans. “Our nation has to emerge stronger as a democracy at the end of the elections so we move forward attracting more investors," he said.

He spoke as more than 500 United Democratic Alliance party aspirants in Uasin Gishu met in Eldoret and committed themselves to peace during the primaries and general election.

They said the region should not be considered a hotspot because of past election violence.

“The UDA aspirants also resolved none of them will engage in incitement, hate speech and violence. As a party, we value peace and unity of all Kenyans," UDA regional coordinator Paul Kiprop said. He chaired the forum.

The forum discussed the highly competitive primaries in the region. Deputy President Ruto's home is in Uasin Gishu.

Aspirants said they expect free and fair primaries and no one should be favoured by the party or its leaders.

“Those who think they will steal votes this time are in for a rude shock because the people will have to decide," Kenya's high commissioner TO Pakistan, Prof Julius Bitok said. He wants to succeed Mandago o a UDA ticket.

Banditry in North Rift: Terrorism or not?

Perpetrators use sophisticated and automatic assault rifles.
Opinion
10 months ago

Natembeya says restoration on peace and security in Laikipia on course.
Counties
10 months ago

Serem has joined UDA, served as ambassador to China and headed SRC.
Counties
10 months ago
Post a comment
WATCH: The latest videos from the Star
by BY MATHEWS NDANYI
Rift Valley
24 November 2021 - 22:00
Read The E-Paper