They also promise to avoid incitement and hate speech

•The forum of more than 500 aspirants discussed party primaries, which will be highly competitive in the region that is home to DP William Ruto.

• Aspirants said they expect free and fair primaries and no one should be favoured by the party or its leaders. 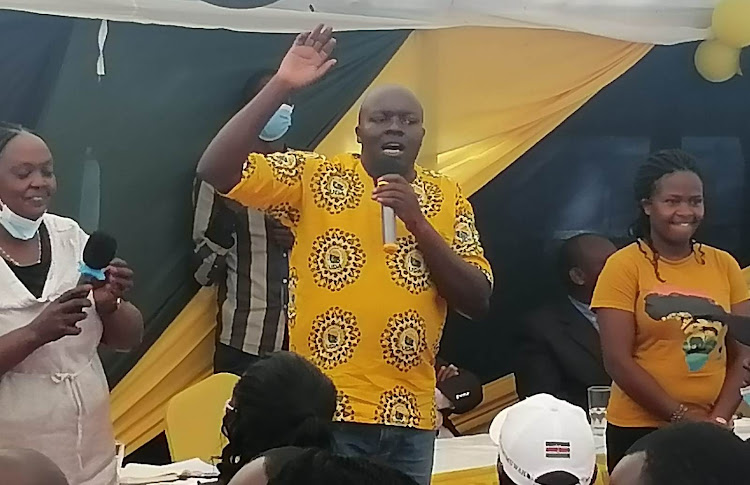 More than 500 UDA aspirants in Uasin Gishu have resolved to campaign peacefully ahead of party primaries and the 2022 general election.

Meeting in Eldoret, they said the region should not be considered a hot spot because of past election violence. They committed themselves to orderly, nonviolent and democratic campaigns.

“The UDA aspirants also resolved that none will engage in incitement, hate speech or violence. As a party, we value peace and unity of all Kenyans," party regional coordinator Paul Kiprop said. He chaired the forum.

The forum discussed party primaries, which are expected to be highly competitive in the county home to Deputy President William Ruto who is seeking the presidency.

Aspirants said they expect free and fair primaries and no one should be favoured by the party or its leaders.

“Those who think they will steal votes this time are in for a rude shock because the people will have to decide," Kenya's envoy to Pakistan Professor Julius Bitok said. He wants the UDA ticket to run for governor, succeeding Jackson Mandago.

For the first time, all the aspirants for the top county seat met at a joint function and addressed the forum. They included Bitok, politician Jonathan Bii, MCA for Ngenyilel David Sing’oei, former Eldoret South MP Peris Simam and former chairman of the SRC Sarah Serem.

Also present was Joseph Wainaina, patron of the party in Uasin Gishu.

"My interest is to see peace and unity in our county and I'm happy all aspirants have committed themselves to peaceful campaigns," Wainaina said.

The party had also invited officials of the IEBC, NCIC and Registrar of Political parties to explain their roles to aspirants.

The aspirants have clearly stated they also expect fairness from the government agencies that will play a role in the general elections.

Kiprop said they had also committed to stand with DP Ruto in his presidential bid even after the party primaries.  Ruto will be in Uasin Gishu on Wednesday to preside over a fundraising for 36 churches at Chebolol in Kesses constituency.

All the aspirants are expected to join the DP at the event where rivalry among them for the various seats will likely play out.

Says his administration will set aside Sh100 billion to have the four pillars of the initiative fully implemented.
News
7 months ago