Tarmack roads to open up the area, bring in, business and development, provide jobs to would-be rustlers

• A peace monument and centre will be put up at Tot Centrec so communities can use it to chart peace and unity in  region where many people killed or maimed.. 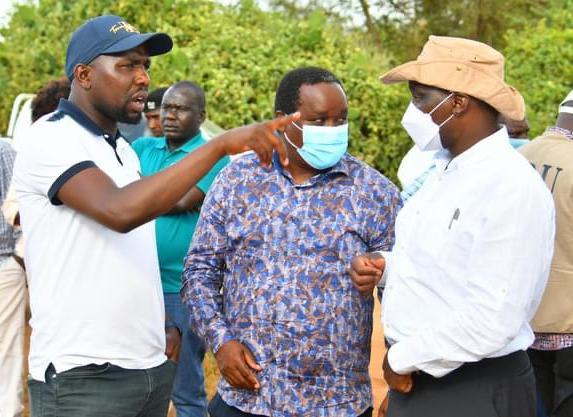 In an anti-banditry move, the government will spend Sh5.6 billion to tarmac a major road in Kerio Valley that is plagued by banditry and criminal attacks.

The road links Elgeyo Marakwet, West Pokot and Baringo counties where many people have died or been injured and maimed.

Construction is set to start in January for completion by October 2024.

Survey work on the road has started and chairman of the Kenya National Authority Wangai Ndirangu said it would run between Tot-Chesegon-Kopasi areas.

A peace monument and centre will be put up at Tot centre so that  communities can use it to chart peace and unity in the troubled region, where many people have been killed or maimed by bandits.

Once complete, the road is expected to spur the region’s economic growth and address the runaway insecurity along the Kerio Valley.

The road will be constructed by China Railway Seventh Group in consortium with Three N international Limited.

Speaking during a public participation and information meeting at Chesongoch, Ndirangu from KeNHA said the torturous Kilangata-Chesongoch road has been a nightmare to lorry drivers who ferry mangoes to Eldoret. It will be improved to bitumen standard.

“We expect the actual construction to begin in two months. In addition to the main road, we will also do the Kilangata-Chesongoch road, which is a 16km stretch" he said.

The access roads to be improved include the 0.5km Tot Loop Road. the GSU Camp road at Soko Bora and the Kapkobil Police post — adding another 0.7km.

“We expect the local leadership and communities to cooperate with our office and the contractor during this period so that we move faster,” Wainaina said.

Tolgos and Murkomen, who attended the event, said the project was a major investment in the region that has been marginalised for a very long time.

“Once this road is complete, the economy of the area will open up. Many of our people have moved away owing to the state of the roads in the area and insecurity,” Tolgos said.

He said farming, especially for fruits, would thrive due to improved infrastructure.

“Once our people have chance to do business even those engaging in banditry will change their lifestyle," Tolgos said.

Murkomen commended the authority for giving full disclosure of the whole contract.

"By doing public participation, the authority has shown a high level of transparency. We have waited for this road for so long … in fact it was a campaign pledge by President Uhuru Kenyatta and his deputy, William Ruto, in 2013 and I am happy we are there now,” Murkomen said..

Resident and businesswoman Miriam Cherop said women seeking maternity services at Chesoi Health Centre often can't get to the hospital in tie due to the rough road and give birth enroute.

Mzee Kiptabut who said once at Kilangata that lorries posed a lot of danger to the residents who live downhill because sometimes their brakes fail and they have to reverse back to their homesteads.