•Board CEO Joseph Kimote said they initially plan to buy 500,000 bags weighing 50kg but the board will review the purchase at depots in main production areas. 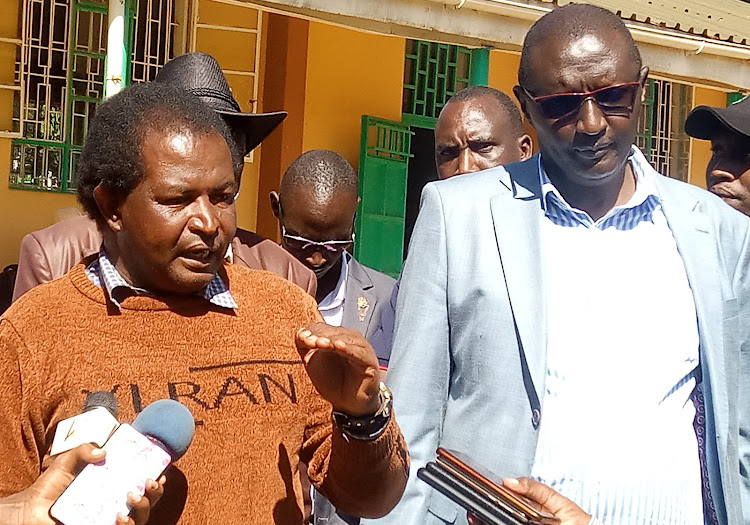 Maize farmers in the North Rift plan to boycott deliveries to the NCPB, which last week opened depots to purchase grain at Sh1,305 per 50kg bag.

They reject that price and demand at least Sh1,700 per 50kg bag.

“We will not deliver our maize because that price amounts to exploitation. We want President Uhuru Kenyatta to intervene and ensure the board buys maize at a price enabling farmers to produce more,"  farmers' leader David Kiberenge said.

NCPB chief executive officer Joseph Kimote said they initially plan to buy 500,000 50kg bags but added that the board will review the purchase at depots in main production areas.

The farmers demand the board should promise to buy at least four million 50kg bags of maize.

“We will review the purchases based on the available resources," he said. The purchase was part of commercial stocks to be bought on a willing buyer-willing seller basis.

The NCPB last Friday released a circular on opening the depots as farmers' representatives in the North Rift were meeting in Eldoret.

Moiben MP Silas Tiren, who is also chairman of the parliamentary committee on Agriculture, met farmer’s representatives in Eldoret where they urged President Kenyatta to intervene.

“As a committee, we will also meet Treasury officials and ask them to release funding to the board," Tiren said.

He said the maize price must be set with consideration of the cost of farming. He said the President should direct the NCPB to increase the prices and buy not less than two million bags from farmers in North Rift.

“For farmers to be at least comfortable and recoup their costs of production,the price per 50kg bag should not be less than Sh1,700, Tiren said.

Farmers have, however, rejected the price and demanded not less than Sh1,700 per 50kg bag
Counties
6 months ago

He said the board belonged to the government and cannot purport to buy maize own its own.

The NCPB said, however, it was using its own commercial funding to buy maize and not money from the government.

“The price we have offered is what we can manage at the moment," Kimote said.

Tiren said maize production was declining every year because of farmers' problems such as poor prices and lack of markets.

The country is facing food shortages in many regions, yet the government wants to allow wastage of what we have harvested locally.

Kenya Farmers Association director Kipkorir Menjo said they had suggested several ways the government could reduce the costs of production.

The farmers want re-introduction of fertiliser subsidies and zero rating of taxes on farm implements.

“We also want policies enabling us to compete with farmers from neighboring countries," Menjo said.

“We know the country is facing food shortages in many regions and yet the government wants to allow wastage of what we have harvested locally," Kiberenge said.

He said the country’s food security was at stake because of farmers being neglected.

Tiren said the cost of production was a major hindrance to food production and that agriculture cannot mechanised with high costs of farm implements.

He said the cereals board should take over roles played by the disbanded Strategic Food Reserve board, which had accumulated more than Sh12 billion in its reserve accounts.

The farmers have also questioned the source of maize being distributed in counties facing famine, yet maize from farmers in  North Rift had not been purchased.

Move to disband agency linked to refusal to release money to NCPB.
News
6 months ago

Miller says there is enough harvest from the North Rift region.
News
6 months ago

Met says Northeastern and Northwestern won't get much rain.
Counties
6 months ago
by BY MATHEWS NDANYI
Rift Valley
21 November 2021 - 22:00