• Dr Mishra, like other anti-Ruto MPs in Rift Valley region, is under pressure from to join the DP’s camp or risk losing his seat.

•The DP on Wednesday next week will be at Chebolol in Uasin Gishu in Mishra’s constituency to preside over fundraising for 36 churches. 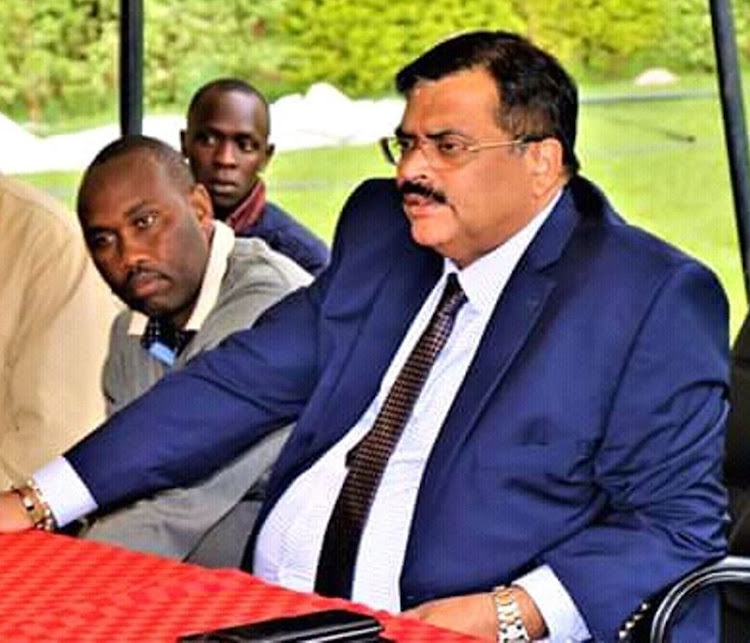 Kesses MP Dr Swarup Mishra will host DP William Ruto in his constituency amid growing speculation he may jump the Jubilee ship to support UDA.

Dr Mishra, like other anti-Ruto MPs in Rift Valley, is under pressure from residents to either join the DP’s camp or risk losing his seat.

The DP will on Wednesday next week be at Chebolol in Uasin Gishu in Mishra’s constituency to preside over a fundraising for 36 churches. The MP has major plans to host the Deputy President.

Mishra is the owner of the Mediheal group of hospitals in East Africa.

Dr Mishra, popularly known as Kiprop Arap Chelule, took over organisation of the Ruto event and even donated three bulls to be slaughtered that day.

They are told the only way to save their careers is to jump ship.
Counties
4 months ago

Just a week ago at another function near Kesses market, Uasin Gishu Governor Jackson Mandago publicly confronted the MP. He urged him to cross over to UDA or risk being voted out of office.

Dr Mishra, however, responded jokingly, saying he was a member of a clan from the Nandi community which is higher than that of Mandago, hence, he could not respond to the governor's ultimatum.

“I will respond to that it the right forum," Mishra said.

There is wide speculation the popular MP will declare his stand at the DP's event.

The MP early this year declared his support for the handshake and has since then faced growing rebellion in the area where more than six aspirants have lined up to face him, all seeking the UDA ticket.

Kessses owner of Mediheal Group said everyone equal before God.
Counties
1 year ago

“No matter what Dr Mishra does, we know he has betrayed us by refusing to stand with the DP and now he only wants to cross over in desperation to save his seat. But that will backfire," local political analysts Kiprotich Bett said.

Dr Mishra is known to be very wealthy, but Kiprotich said loyalty to the community interests was paramount and Dr Mishra had failed the test.

The MP has used millions of shillings to fund community projects in Kesses but some residents accuse him of displaying political arrogance and relying on brokers to run the affairs of the area.

Two months ago Ainabkoi MP William Chepkut, who was also in the handshake team, crossed to the DP’s camp while Nandi Hills MP Alfred Keter has also indicated that he will back Ruto.

Cheranganyi MP Joshua Kutuny and his Moiben counterpart Silas Tiren are also facing similar pressure but they have taken a low profile,

Their allies say the MPs are weighting options ahead of the elections. Many UDA aspirants are lining up in their constituencies.

The politicians were drifting towards Gideon Moi–President Uhuru Kenyatta axis
News
2 months ago
by BY MATHEWS NDANYI
Rift Valley
15 November 2021 - 22:00