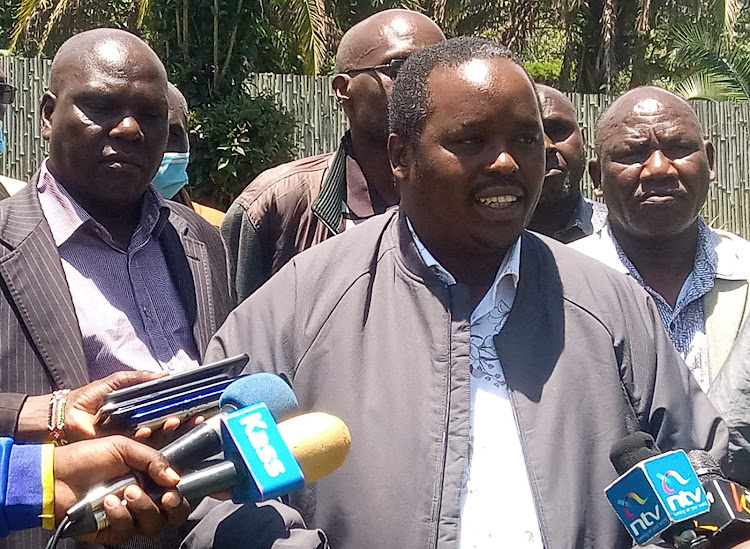 While exasperated tribal elders resorted to rituals and curses to end banditry, the government is resolving long-running border disputes that fuel animosity in the Kerio Valley.

Rift Valley regional coordinator George Natembeya on Tuesday said criminals have been taking advantage of the disputes to carry out attacks. He said special teams will be sent to the region to help sort out disputes.

Kerio Valley residents say they have been overlooked by a massive, military-aided operation to end violence and invasions in Laikipia, rooted in land issues. The government has once again stepped up efforts in the Kerio Valley.

Boundary disputes have been common in Tiaty and Kapedo areas where residents have been demanding clear demarcation of borders between Baringo, Turkana and West Pokot counties.

When the conventional fails, turn to the unconventional, maybe even the occult
Counties
7 months ago

“Sorting out the boundaries does not mean people will be restricted to live in particular areas. Residents will be free to work and stay anywhere as stipulated in our laws," Natembeya said.

Chepkwony said Baringo county was seeking support from external and local partners to help develop marginalised areas where poverty and illiteracy have caused many youths to engage in banditry.

He said areas like Tiaty constituency are large and underdeveloped with no schools, roads and other facilities that can help transform residents' lives.

“Residents of that area need support to stop relying on cattle rustling as a means to earn a living,” he said.

Natembeya said the government is also considering reviving the deployment of Kenya Police Reservists in Kerio Valley. It would be under a restructured plan to ensure proper training and administration of the officers and accountable use of firearms.

He said the officers will be trained and deployed in an orderly manner so they are properly remunerated and put under proper commanders as part of the National Police Service.

“We will ensure there is proper management and supervision especially as concerns the use of arms," Natembeya said.

He said the NPRs programme had not died out but was suspended for purposes of re-planning.

“We will not, however, allow residents to continue holding illegal arms in those areas where KPR will be deployed. We cannot have both illegal government arms being used in those areas. Illegal arms must be surrendered," Natembeya said.

He said officials had identified Tiaty constituency as the main source of criminals who commit banditry in the region. Natembeya said the constituency was 40 per cent of Baringo County but was underdeveloped.

“We have agreed that we have to open up those areas so we have better roads and more schools so children can go to school. We need measures that will cause positive development," he said.

Natembeya said the security teams deployed in Taity will be reshuffled and some units will be moved to strategic areas so they are more effective.  The regional coordinator said the Catholic Church had also agreed to revive its Catholic Justice and Peace Commission (CJPC) because it previously helped to strengthen harmony.

“All the other actors including churches and communities will be involved so the measures we put in place are more effective,” he said.

He said the government had carried out a security mapping of  Rift Valley to help determine the deployment of security teams ahead of the general elections.

Tolgos said all political leaders from Elgeyo Marakwet, Baringo and West Pokot will also meet with security chiefs and involve communities to fight banditry. Tolgos said the counties will set aside funds to support peace initiatives.

“As counties, we are concerned with the insecurity problem and are looking for long-term measures to end the problem and have our people live in peace," Tolgos said.

The fighting broke out after gunmen raided villages.
News
7 months ago

Seven other killers were injured and are being trailed
News
7 months ago
by BY MATHEWS NDANYI
Rift Valley
10 November 2021 - 22:00