• Most aspirants seek parliamentary and MCA seats; UDA is dominant and DP Ruto is gunning for the presidency.

• Ruto has promised primaries will be free and fair but the huge number of aspirants has triggered fears of rigging. 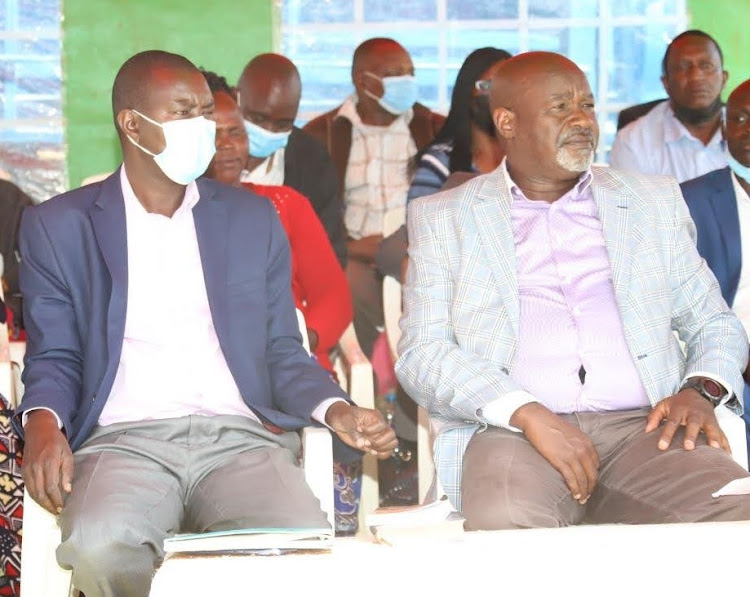 When more than 3,500 aspirants line up to run for election on Deputy President William Ruto's UDA party, how do you ensure primaries are free and fair and contenders are satisfied?

Most aspirants are seeking parliamentary and MCA seats in North Rift where UDA is expected to dominate. Ruto is gunning for the presidency.

“We have more aspirants coming into our party as we draw closer to the polls because it’s the most popular and no one wants to be left out," UDA regional coordinator Paul Kiprop said.

The party faces major problems, however, as there are fears the nominations may not be free and fair.

Most aspirants are Ruto's allies and he met with them on Tuesday in Nairobi. He promised not to interfere in the primaries when voters will decide on the candidates.

“Even if you are my friend, don’t expect that I will favor you or the party will give you any preference," Ruto told aspirants.

"We are building a strong democratic movement where party members will be key in deciding how we run our affairs."

He has said that depending on the size of their votes, they may also be nominated in a win-win situation.

The nominations headache will likely manifest itself starting in Ruto’s Uasin Gishu home county where his close allies are vying for top seats, especially the governorship.

Mandago is completing his two terms and has said he will run for the Senate.

A similar nominations battle is also expected in Nandi where Governor Stephen Sang will face a strong challenge from lawyer Allan Kosgey who is the son of former Minister Henry Kosgey.

Elgeyo Marakwet has more than eight UDA aspirants for the governor, while Trans Nzoia has five.

“As aspirants, we expect free and fair primaries because our party is very strong and the wish of members must be respected," Tirop said.

The aspirants who met the DP pledged to ensure peaceful campaigns ahead of the primaries and committed themselves to popularise the UDA outfit.

Kanu and ex-governor Isaac Ruto’s CCM party are the only other parties expected to give UDA a run for its money in the region. Many aspirants are expecting to use the two parties as fallback options if they don't win UDA tickets.

“We will field aspirants at all levels except the presidency because we support DP Ruto for the top seat,” CCM acting secretary general Albert Kochei said.

Many other aspirants, such as businessman Bundotich Kiprop Buzeki, plan to run as independents to avoid conflicts and problems that come with party primaries.

Buzeki will be vying for the governor's seat in Uasin Gishu.

The DP says those who will violate the rules will be automatically disqualified.
News
6 months ago
by BY MATHEWS NDANYI
Rift Valley
10 November 2021 - 21:00