Man behind hacking of 481 bank accounts arrested in Bomet

Mulot, along the Narok-Bomet-Kaplong highway, has gained notoriety as the headquarters of mobile money fraud 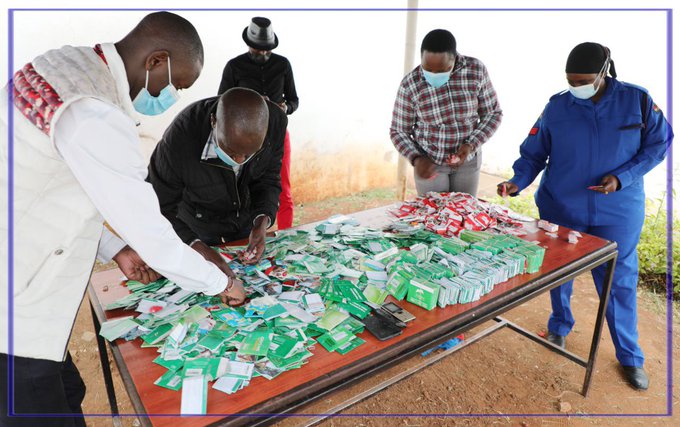 Police have arrested the mastermind behind the disappearance of more than Sh45 million from bank accounts belonging to unsuspecting Kenyans.

Nelson Kipkemoi, 22, was picked by banking fraud detectives from his hideout in Mulot, Narok county, after he was linked to an underground web of fraudsters syphoning money from bank accounts.

Kipkemoi, targeting bank accounts operated by a leading bank in the country, is reported to have fraudulently acquired money from accounts belonging to 481 customers on mobile banking platforms.

He was expected to be arraigned in Milimani on Monday.

This is the latest arrest in the area in the past months.

Most of the suspects involved in the fraud are from Mulot and students at JKuat. Detectives are digging into their past as part of efforts to understand what drives them.

Over the last five years, a number of suspects, all from Mulot, have been arrested over SIM swapping, M-Pesa and general fraud.

The DCI has flagged Bomet as a hotspot for mobile and bank fraudsters.

The fraudsters do SIM swaps by cloning victims’ accounts before stealing. In some cases, they use the victim’s details to borrow money from online lending platforms.

Most of them are young and known to be heavy spenders at social joints. Ironically, they don't drive sleek cars and instead use boda bodas and for those who drive, they own Toyota Probox cars.

The area, along the Narok-Bomet-Kaplong highway, has gained notoriety as the headquarters of mobile money fraud in the country.

Police say the group is mixed with university students and high school dropouts.

In March, detectives arrested five suspects in Kasarani, Nairobi, and recovered more than 2,000 SIM cards, 15 mobile phones and a register with the names of victims. Four of them were from Mulot, while one was from Embu.

In October 2019, seven suspects were arrested in Kabete, Kiambu county, where police recovered over 200 SIM cards and a number of mobile phones.

Police say they have yet to crack the link between the two places and the fraud. Most of the suspects are still in court.

Suspect behind disappearance of over Sh45m arrested in Narok

The suspect targets bank accounts operated by a leading bank in the country.
News
1 year ago
Post a comment
WATCH: The latest videos from the Star
by CYRUS OMBATI Chief Crime Reporter
Rift Valley
08 November 2021 - 21:00
Read The E-Paper