One of the best conservation farming methods that the firm advocates for is chiselling.

• According to the firm, this type of farming lessens land preparation costs by 60% while maintaining soil fertility and conserving water.

• A chisel plough is able to penetrate, break up, and level soil even over rocky, hard, or wetland, unlike the normal plough. 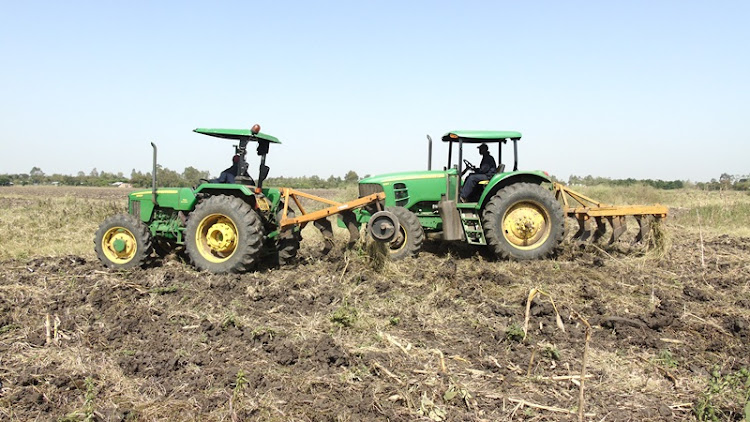 According to the firm, this type of farming lessens land preparation costs by 60 per cent while maintaining soil fertility and conserving water.

The equipment renter says that conservation farming has the potential to enhance food security and improve livelihood through increased and stabilised productivity and sustainable land management (SLM).

One of the best conservation farming methods that the firm advocates for is chiseling.

“With chiseling, farmers are able to produce more food more reliably using the same rates of fertilizers and reduce labour by up to 50 percent. Any given kind of crop grows well and produces better yields in well-prepared soil,” said Wangui.

She encouraged farmers to use a chisel plough as it slackens and aerates the soil with little disturbance as it reduces the effect of compaction and prevents the formation of surface crusts, which helps water to infiltrate the soil.

“With this, the water will run in the direction of the growing crop where it is required and consequently guarantees better yields. Good soil preparation incorporates exclusion or amalgamation of crop wreckage and any shrubbery that may compete with the crop,” said Wangui.

A chisel plough is able to penetrate, break up, and level soil even over rocky, hard, or wetland, unlike the normal plough.

The chisel plough performs the initial loosening of the soil while leaving the trash on top.

“Disc plough has been there for ages but since farmers recognised that the chisel plough is more cost-effective and faster, they are now embracing it for various reasons. One of the major reasons for its adoption is that it can be adjusted to till deep or shallow and it does not invert the soil profile. It is usually set at 8’ to 12’ deep. The maximum depth is 18’,” she added.

John Kilinka, a farmer in Narok, said that they prefer the chisel because it is best for furrow irrigation or poorly drained soil since it warms ridges up and dries them up rapidly unlike the plough that disturbs the soil and therefore reduces soil temperatures so corn and soya beans get off to a slower start. 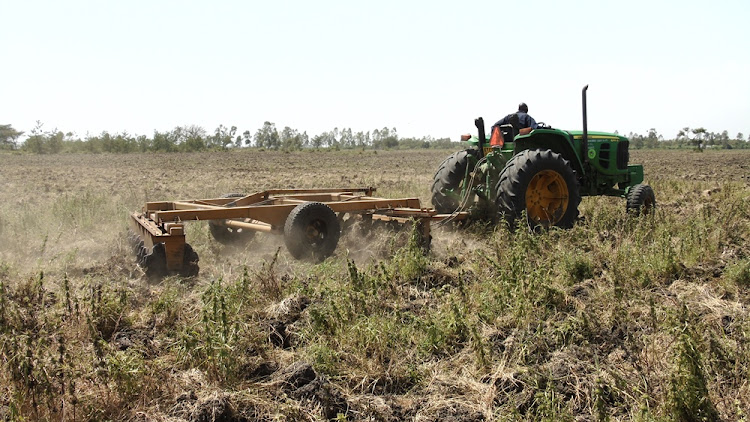 Such disturbances lower down the germination of crops since the seedbed may be rougher.

Research shows that the less disturbed soil is more productive.

Preservation cultivation maintains a farm into a condition that permits the soils to gather and preserve all the humidity and rainwater that is available what soil expert’s term as “Putting Rain in the Bank”.

This helps the farms produce good yields even during the less rainy and drier seasons because this type of cultivation preserves the moisture a condition that is necessary for better yields.

Unlike the other ploughs, the chisel turns over the topsoil and slackens the trampled soil below, to achieve a good gradient for forming the hills or ridges, and provide a soft, uniform medium where storage root growth is not impeded.

The firm has been aiding farmers in various parts of the country to mechanize their farms from land preparation, tillage, ploughing, weeding all the way to harvesting with no manual work involved.

This has led to a 300 per cent harvest increase and a 90 per cent decrease in post-harvest losses.

Statistics show that farmers that have embraced chiseling compared to those who use disc plough have been able to shun the losses that arise due to land preparation.

Pundits say that the improved yields have been contributed by the fact that chisel plough is able to get deeper in the soil with minimal soil interference.

Experts acknowledge that chisel plough loosens and aerates the soils while leaving crop residue at top of the soil better than the disc plough.

Lack of proper land preparation has been a thorny issue in Africa as it causes massive losses and therefore costings farmers billions of shillings every season as 70 per cent of work is done during the land preparation.

Climate crisis has had a far-reaching adverse impact on food production and security
Opinion
2 months ago
by KIPLANGAT KIRUI Correspondent
Rift Valley
06 November 2021 - 21:46