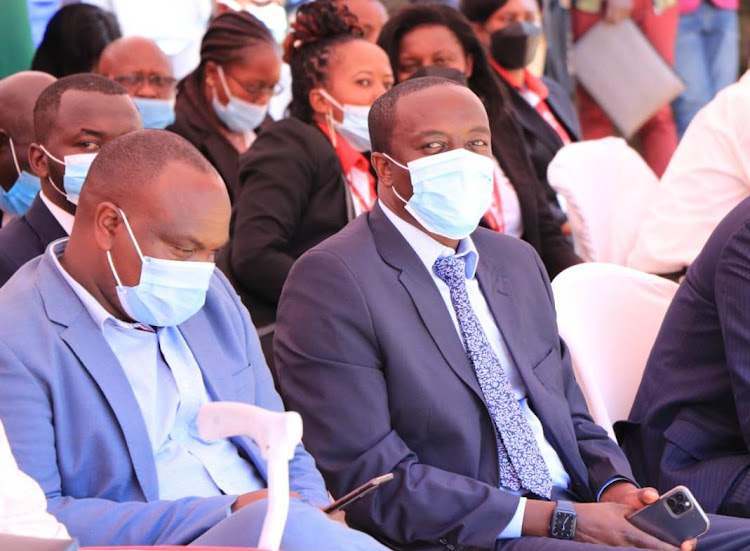 Ruto has promised free, fair and credible primaries. Losers will be considered for nominations based on their vote strength. He calls the process win-win.

Sudi, who is serving his second term, is one of the DP's point men and has declared he will defend his seat on the UDA ticket.

Youthful American-trained finance and biomedical technology expert Francis Murgor is leading the pack of aspirants who are already campaigning to topple Sudi in Kapseret.

“I was brought up at Langas in Kapseret and I understand the challenges our people go through," Murgor said. That is why I have decided it's time to offer myself for election as MP so that I can work with residents to change lives."

Murgor who has been supporting youth, women and community groups through initiatives said he was ready to compete with Sudi and other aspirants.

“We expect free and fair primaries in UDA and I am confident the people will give me the chance to serve them as MP,” Murgor said. He has been crisscrossing the constituency readying for a bruising battle.

Murgor says he will focus on education, youth empowerment and proper use of the CDF kitty to benefit the community. He has also been mobilising residents to join UDA which he calls a mass party, not anyone's private preserve.

“We believe in DP William Ruto’s bottom-up approach to transforming the lives of our people and that is why we have been on the ground strengthening UDA," Murgor said.

Turbo constituency, which is Ruto’s home constituency, has also attracted many aspirants seeking to outdo incumbent Janet Kosgey who is also a close ally of the DP. Former MP Elisha Busienei, Moses Sirgoi, Ismail Kiprotich and Willy Korir are among more than 30 aspirants who have shown interest in the seat.

In Moiben constituency, MP Silas Tiren has yet to declare the party he will join. He is facing competition from several aspirants including Dr Albert Kimutai, former MP Joseph Lagat and businessman Phillip Mutwol.

I'll prove all of you wrong, Sudi says on certificates forgery case

MP said people should not worry about the case because his IQ is enough.
News
1 month ago

KIM says their records prove that Sudi has never registered as a student of the institute
News
1 month ago
by BY MATHEWS NDANYI
Rift Valley
03 November 2021 - 22:00