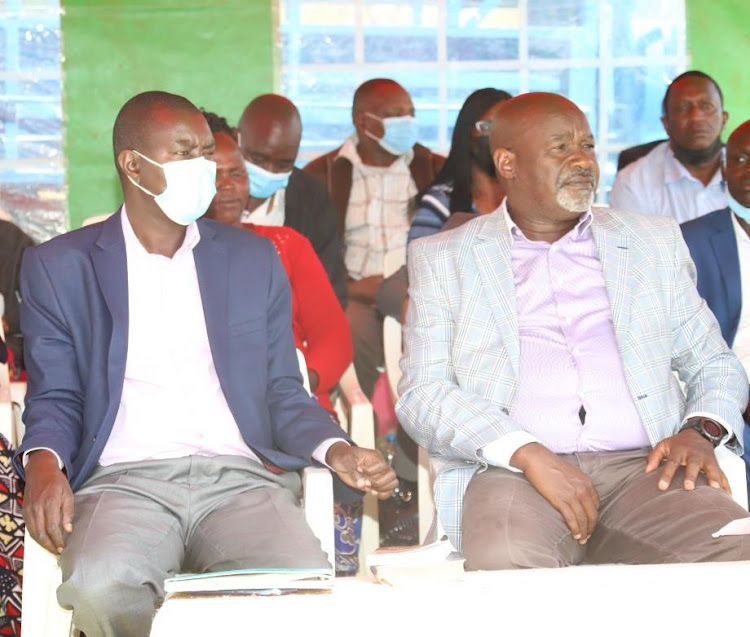 GOVERNIOR Governor Jackson Mandago and Soy MP Caleb Kositany at a function in Eldoret on October 28, 2021.
Image: BY MATHEWS NDANYI

The government has mapped out hotspots in the Rift Valley region to help determine the deployment of security teams ahead of the 2022 general election.

Natembeya said criminals will not be allowed to take advantage of the polls to terrorise residents.

“Communities in Rift Valley are peaceful and we do not anticipate any problems because of elections. Our leaders in this region have also shown commitment to peace and unity,” Natembeya said.

Mandago asked the National Cohesion and Integration Commission and other peace groups from holding meetings in Uasin Gishu county without approval from his office.

He said that some of the peace groups working in the region were inciting residents ahead of the elections instead of concentrating on the peace efforts.

Mandago said his office and that of the county commissioner must approve and be involved in all meetings going on in the county ahead of the polls.

He said the region was peaceful with unity among all communities and the NCIC should not focus only on the problems.

“We cannot allow people from Nairobi or elsewhere, including the NCIC to come here and claim to be having peace meetings without involving us,” Mandago said.

He said all organisations intending to carry out peace meetings in Uasin Gishu must seek consent from the county security committee as a way to support cohesion and integration.

The county boss who spoke at Moi's Bridge said every organisation that undertakes any form of "peace event" should seek to work with local communities and leaders.

"This is a cosmopolitan county and we have enjoyed peace all along. That peace we shall guard jealously to ensure that it lasts and even gets better."

Mandago said he would personally take lead in ensuring peace and unity during the electioneering and that all aspirants in the region must prioritise the unity of communities and not individual interests.