Chandarana is the anchor tenant at the prestigious ultra-modern Golden Life Mall. 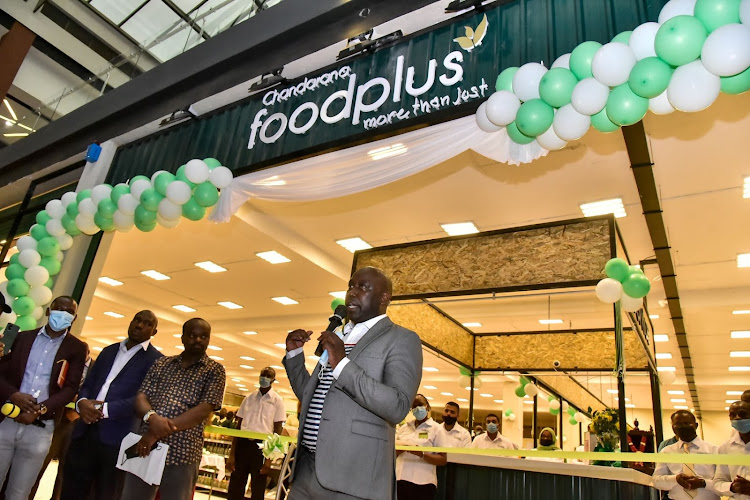 Chandarana is the anchor tenant at the prestigious ultra-modern Golden Life Mall which is also the largest mall in Nakuru so far.

Residents have been flocking the supermarket which was officially opened a fortnight ago to sample the unique food varieties on offer.

Speaking during the official opening, Nakuru Deputy Governor Erick Korir said the supermarket's 22nd outlet in Nakuru City is a testament to the region’s rapid growth and attractive tax regime.

He added that the opening of various businesses in Nakuru County has provided unique employment opportunities to residents as well as supply opportunities for farmers.

“More than 60 per cent of the employees are Nakuru County residents and the outlet will also provide a new market for our farmers to sell their produce,” he said.

Nakuru which is a breeding ground for supermarkets being the home of the Naivas and Quickmart is also known to be the most business-friendly County in Kenya.

Nakuru County is famous for being the breeding ground of supermarkets that have grown to become some of the most successful stores in the Country.

Korir said the county will offer any needed support to see businesses in Nakuru County flourish.

The other new entrant into the Nakuru market is Cleanshelf Supermarkets with Carrefour Chain of Supermarket being expected to open a new branch in Nakuru.

Naivas has four major shops within the CBD with WoolMatt coming in with two outlets.

Nakuru County Executive Committee Member for Trade, Tourism and Cooperatives, Raymond Komen said the numbers released by the Kenya Bureau of Statistics indicated that Nakuru was the second-largest economy in Kenya after Nairobi.

“Nakuru is an important business hub that contributes the second-highest GDP among the 47 counties. It is a key market for businesses, producer of raw materials and a vital energy-producing county and the third largest in populations according to the 2019 census,” he said.

He welcomed Chandarana saying that Nakuru was the right place to be.