WANT GOVERNORS TO CHIP IN

They appeal for aid, saying they want to preach cultural revival and good morals

•They urge county governments to allocate them funds to finance travel, peace meetings and cultural revivals.

• But (Rtd) Major General Daudi Tonj opposed handouts from the government, saying they would compromise the duties of the elders. 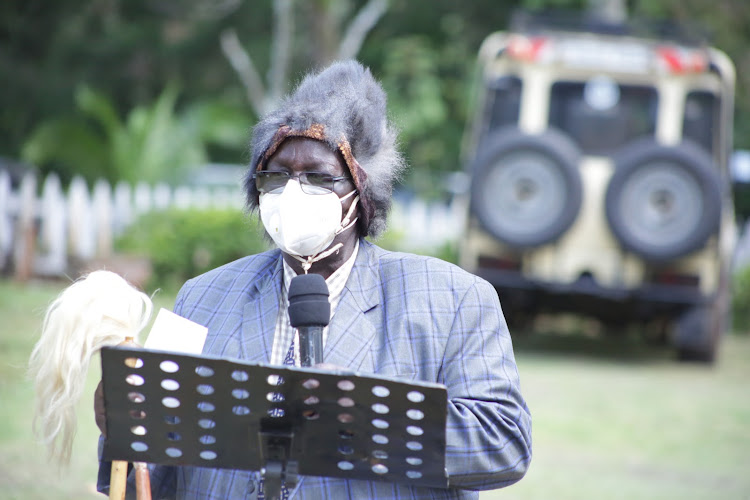 The Rift Valley Kalenjin Council of Elders is broke.

They are asking Rift governors to consider facilitating them through the county project allocation funds.

Led by Kalenjin Myoot Council of Elders chairman Benjamin arap Kitur from Nandi, they said they cannot afford to traverse the entire region to hold cultural meetings and preach peace.

“We are now appealing to the leaders, especially our county governors, to set aside some funds to facilitate the council of elders,” Kitur said.

He was addressing hundreds of attendants during the inauguration of Rev Wilson Arap Sambu as the first Tugen Council of Elders’ chairman in Kabarnet town, Baringo county, on Saturday.

“Being an elders overall chair, I have even been fighting to locate a central office in Eldoret town, Uasin Gishu, to ease accessibility but couldn’t manage due to lack of funds,” Kitur said. 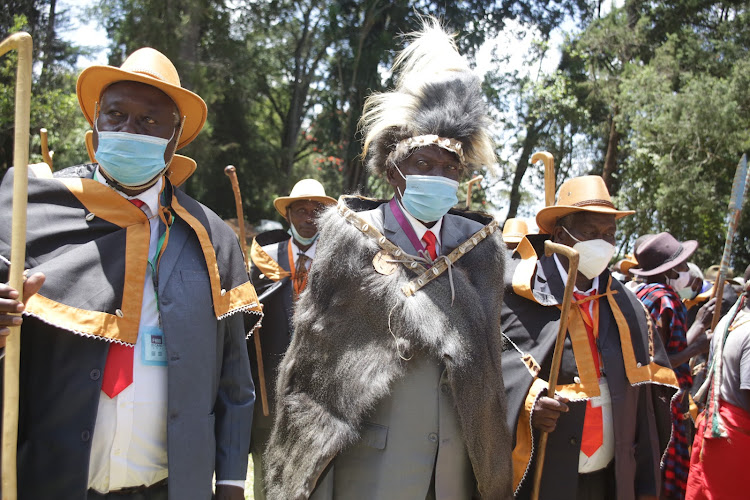 “The majority of us being government retirees, you can’t imagine the little we earn as pension cannot even facilitate our mobility as transport,” Seii said.

He appealed to governors to chip in and allocate them a small kitty so they can deliver their cultural revival policy and provide guidance to youth and advisory services.

But (Rtd) Major General Daudi Tonje, among the elders from Baringo North, opposed handouts from the government, saying they would compromise the noble duties of the council of elders.

“Instead, I suggest we mobilise funds from our own children, after all they are educated and employed, to facilitate our movements and meetings,” he said.

Tonje added, “And if the government sees it convenient to support us, then let it happen at their own discretion but not our demand."

The elders cited the 2007-08 post-election violence that caused the deaths of thousands of people in Rift Valley, loss of property and massive displacement, saying it must never happen again.

“The youth played a critical role in causing the mayhem, but elders were then not united enough to warn them and salvage the situation. But today our key role as Kalenjin elders is to unite our community," Kitur said.

They said as Kalenjin elders, they will champion the compensation and resettlement of victims evicted from the Mau Forest for illegal occupation. 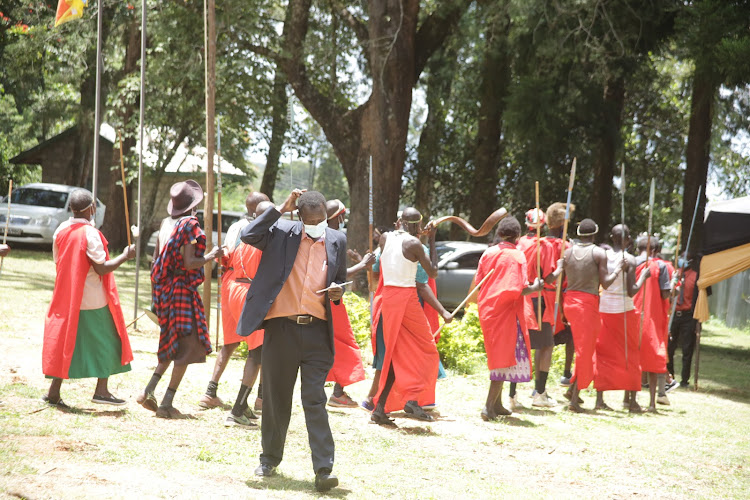 Kitur said elders are prohibited from taking part in campaigns for any leader.

"But we will just work to ensure peaceful coexistence and good morals during and after the elections,” he said.

"In fact, we are already discussing it with my colleagues to see how elders can be assisted," he said.

He said the request lies in the office of North Rift Economic Bloc chairman and Uasin Gishu Governor Jackson Mandago.

Kitpis further said his administration has constructed social halls in Kabarnet and Eldama Ravine towns so the elders, youth and women can organise their talents and cultural events. 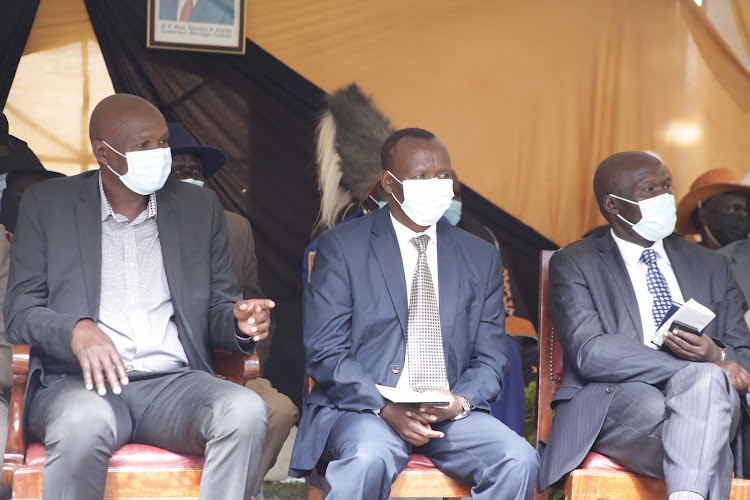