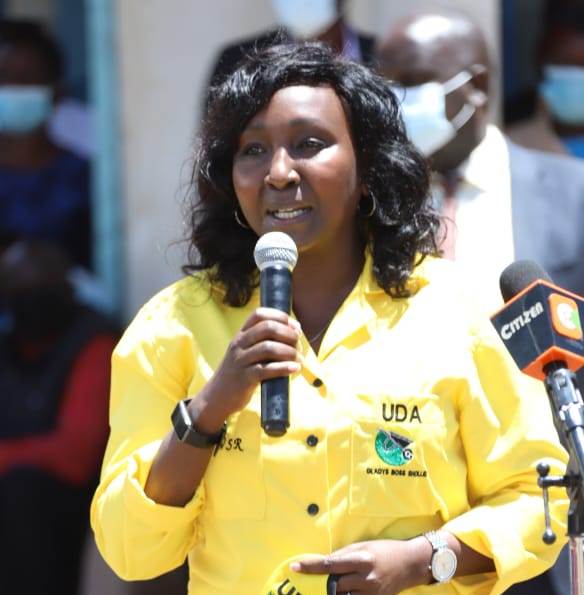 Women legislators in the North Rift have intensified efforts to mobilise residents to turn out in large numbers and register as voters.

The legislators, led by Uasin Gishu Senator Margaret Kamar, said Kenyans had the opportunity to register and vote so that they determine the kind of leaders they want during the polls.

Kamar said they would go round the region to sensitise and mobilise residents for the ongoing Independent Electoral Boundaries Commission enhanced voter registration exercise.

“Don’t tell us you have bad leaders in the future if you cannot register now so that you vote for the leaders you want in elections,” Kamar said.

Shollei says the next elections would be determined by the youth but the majority of them had no ID cards and could not register.

“That is why we are calling upon the government to issue IDs to the youth so that they are able to register and vote. The future of this country belongs to them,” Shollei said.

Kosgey said they had planned a series of meetings to mobilise women and other residents in the region so that they come out and register.

They have also supported calls on the government to give the electoral agency adequate funding so that it can prepare well for the 2022 General Election.

Other political leaders in the region, led by  Uasin Gishu Governor Jackson Mandago, want Parliament to intervene and ensure the IEBC gets all the money required for voter registration and other election-related activities.

Mandago said Treasury must also prioritise funding of the IEBC.

“We should not joke around with the issue of elections. We better have IEBC carry out a proper election and lack money later than risk having a bungled election because of poor funding," Mandago said.

Soi MP Caleb Kositany and Nandi Governor Stephen Sang made similar calls. The leaders spoke at various functions in the region where they also echoed the calls of other leaders regarding mobilisation.

The IDs are a prerequisite for voter registration.

“We urge those who applied for the IDs to check our offices in the region and collect them," Paul Keitany, North Rift registrar of persons, said.